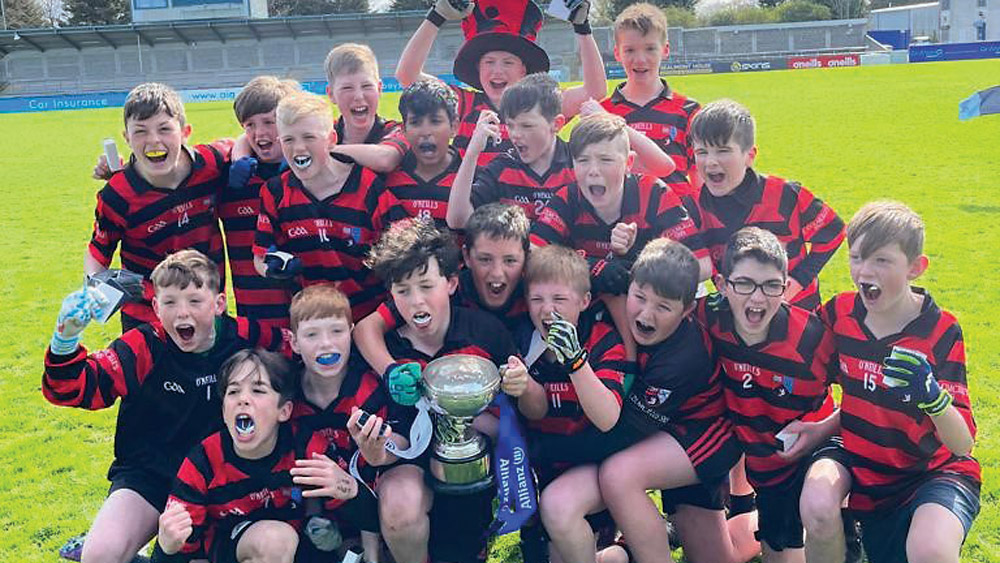 ST COLMCILLE’S fought back from two points down at the halftime recess to emerge convincing 1-11 to 1-1 winners over Belgrove in the Corn An Cheid Final in Parnell Park on Thursday.

Playing into the breeze in the opening half, the Knocklyon school had their defence to thank for not having fallen further behind.

Indeed Rian Duggan, Logan Cummins and captain Rory Cairns led the way in choking off much of the Belgrove attack as did goalkeeper, Darragh Roche who produced a fine penalty save before getting down low to his right to pull off another brilliant stop soon after.

At the other end, Carlos Clarke kicked an excellent free from a tricky angle into the wind to help ensure Colmcille’s got off the mark before the break.

While their defence really stepped up to the plate in the opening period, the Knocklyon forwards joined them in the second as the team kicked nine points all from open play before a late goal from Patrick Burns finally sealed victory.

Luca Byrne emerged their top scorer on five points with Adam O’Mahony weighing in with three and a dominant midfield display.