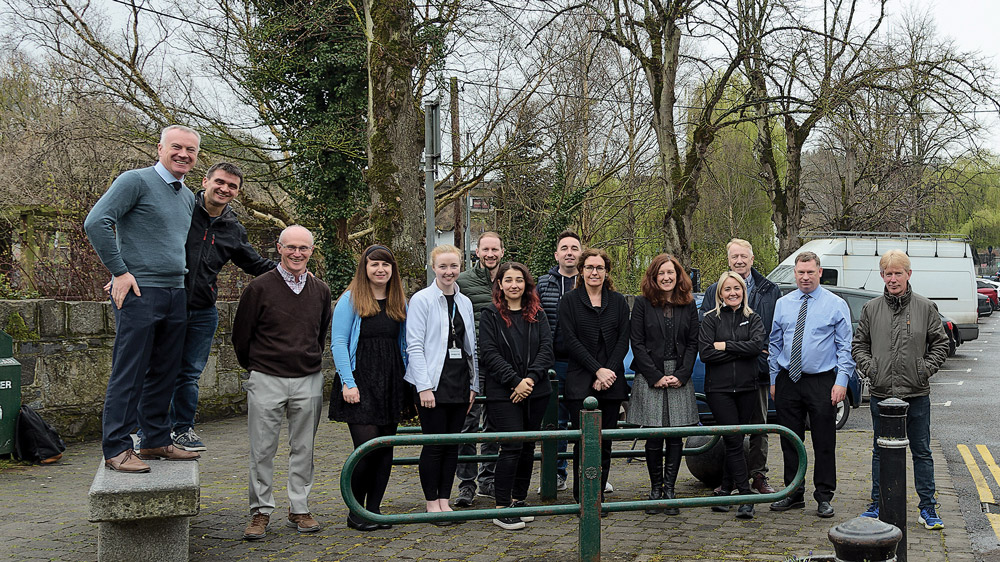 BUSINESSES and thousands of residents who opposed the loss of vital car parking spaces in Lucan Village, breathed a sigh of relief after the proposals were voted down in the council chamber on Monday, April 11.

Local WhatsApp groups and mobile phones were buzzing with the news after 5.30pm, when contentious plans to reduce car parking in the village, were withdrawn from the Part 8.

Many watched the council meeting live online, and it took a nail-biting two hours or so, before a vote on an amendment, tabled by Cllrs Vicki Casserly and Paul Gogarty, secured parking spaces in the village.

Some of the businesses The Echo spoke to after the meeting were not impressed by the council’s “bully boy” approach and desire to push ahead with the plans despite massive opposition in the community.

Over 99 per cent of the of the 7,317 submissions received by South Dublin County Council during the consultation period objected to the initial plan.

Dr David Lombard, part of the Lucan Health Alliance, said he got “so many phone calls and texts” after the meeting from people delighted with the news and “patients jumping for joy”.

Thousands of submissions expressed concern with access to health services if proposals to reduce parking went ahead.

“We do want enhancement, but we want all stakeholders involved,” said Dr Lombard.

“It looked like the council were deciding they knew what’s best for people, they never engaged the public effectively. There was a tremendous cross-section of support here. Community spirit is alive and well in Lucan.”

The Lucan Village Business and Services Group was “hugely relieved” by the outcome and happy the village will still receive substantial investment, with major upgrades to the Weir Promenade, the Demesne and the Village Green all going ahead.

“We believe the amended plan is the best possible outcome for all the major stakeholders in Lucan Village, who had clearly voiced their objection to the initial plan,” said a group spokesperson.

“The unprecedented volume of submissions for a project of this scale represented a genuine cross-community sentiment, and included objections from many thousands of residents, multiple residents’ associations, all three churches located on Lucan Main Street, healthcare providers, sports clubs and of course, businesses.”

The group thanked Cllrs Casserly and Gogarty who tabled the amendment, and councillors who voted to “respect the wishes of the vast majority of local people”, including “Liona O’Toole, Gus O’Connell, Alan Hayes and Shane Moynihan”.