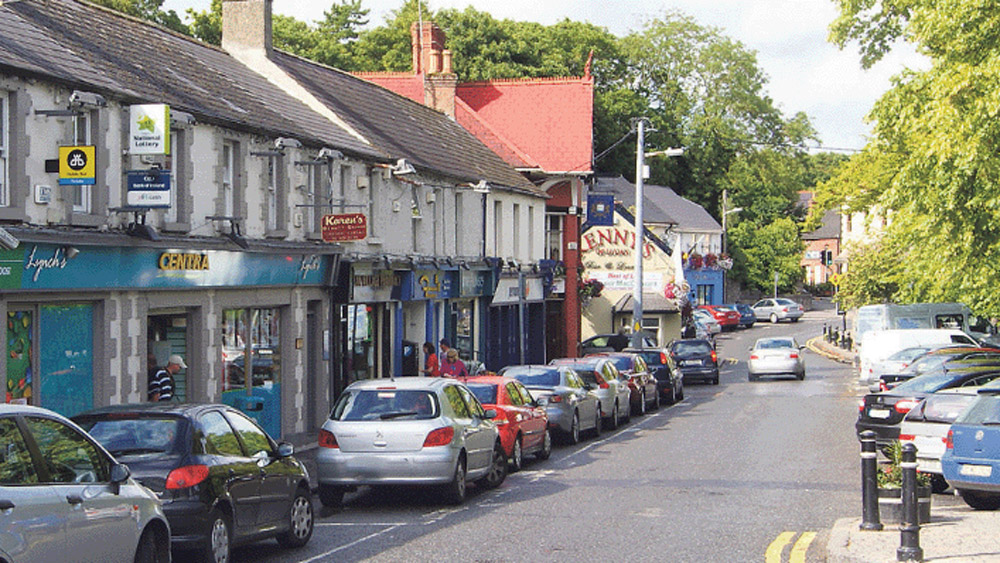 PARKING in Lucan Village will not be reduced after a dramatic vote in the chamber of South Dublin County Council on Monday.

Part 8 public domain works for Main Street and Village Green were up for approval at the monthly meeting – but an amendment, tabled by Cllrs Vicki Casserly and Paul Gogarty to retain existing parking spaces on Main Street, was voted in favour 20 to 15.

Plans to invest in Village Green will still go ahead.

The issue was the dominant item on the agenda at the meeting, taking over two hours, and it was a lively one, with the council determined to move forward.

However, a number of local councillors pleaded for members to listen to an “unprecedented” 7,317 submissions received by the council during the consultation period – the vast majority against the loss of parking.

In his closing speech, South Dublin County Council Chief Executive Daniel McLoughlin, said the proposal was a “high level strategy”, which is “part of a larger tourism strategy”, and the council was prepared to spend up to €5m in Lucan, but “if people don’t want it, we shouldn’t do it, we should spend it somewhere else.”

South Dublin County Council Director of Planning Mick Mulhern, said the “vast majority” of submissions were “pro forma”, which was backed up by Cllr Mick Duff, who cited a “huge amount of pro forma” submissions for another Part 8 in Whitestown, Tallaght, which “lack substance”.

Cllr Liona O’Toole (Ind), felt the Lucan Village submissions “don’t appear to be welcomed” by the council, and said more time was needed to consider all of the submissions.

Speaking earlier at the meeting, Mr McLoughlin said the process followed “the opportunity that came up” when Lucan was designated as a major tourism prospect by Fáilte Ireland.

He said “alarming disinformation has been propagated around this project” presenting an impression that the plans was an “abhorration”, which did not equate to the “level of diligence” the council were applying to Lucan as a centre of tourism and a “jewel in the crown of the Liffey as far as we are concerned”.

The Lucan Village Business and Services Group, which was created in response to the plans last October, hired their own consultants, which warned of the prospect of the village losing millions in turnover and hundreds of job losses, should the proposal, as it stood, proceed.

Mr Mulhern said research the council carried out, including six reports, and a “vast body of research” over the last 15 years, determined public realm works led to increased spend.

He cited Blackrock, Clonakilty, and Waterford, as successful examples.

Cllr O’Toole was concerned the council had not done their own economic study for Lucan Village.

On the councillor front, it seemed to be veering in favour of the overall plan.

“Given all the misinformation out there, realistically the question for me is, do I think 10 car parking spaces is the price I’m willing to pay for a safer better Lucan Village.”

Cllr Vicki Casserly (FG), asked members to listen to the community, noting “only one per cent of the 7k submissions were in favour of the removal of parking”.

“Lucan never said it is not open to tourism, we really want to see our area enhanced. While the debate over 10 parking spaces doesn’t seem a huge number, it would severely impact the use of the village on a daily basis. I would urge councillors to support our local knowledge and local residents.”

She said the consultation with local businesses was not “fully inclusive” and it “wasn’t completely fair to say it was done right from the get go”.

Cllr Joanna Tuffy (Lab) said the village wasn’t inviting and “should be accessible to all, not just those near the village”.

She mentioned the Lucan St Patrick’s Day Festival in the village which reflected diversity and safe spaces the village needs to attract.

A closing battle cry by Cllr Gogarty (Ind) said the GP’s surgery on Main Street is “over subscribed” and the loss of parking spaces is at a sensitive area, and that the plan will not stop traffic and rat-running to Lucan Bridge.

“Cllr Tuffy mentioned Lucan St Patrick’s Day Festival, two days great when the place was closed off. But the rest of the time Lucan is not a circus, Lucan is a living breathing village, Lucan is not a circus and the 7,000 people who put in submissions on this Mayor are not clowns,” said Cllr Gogarty.