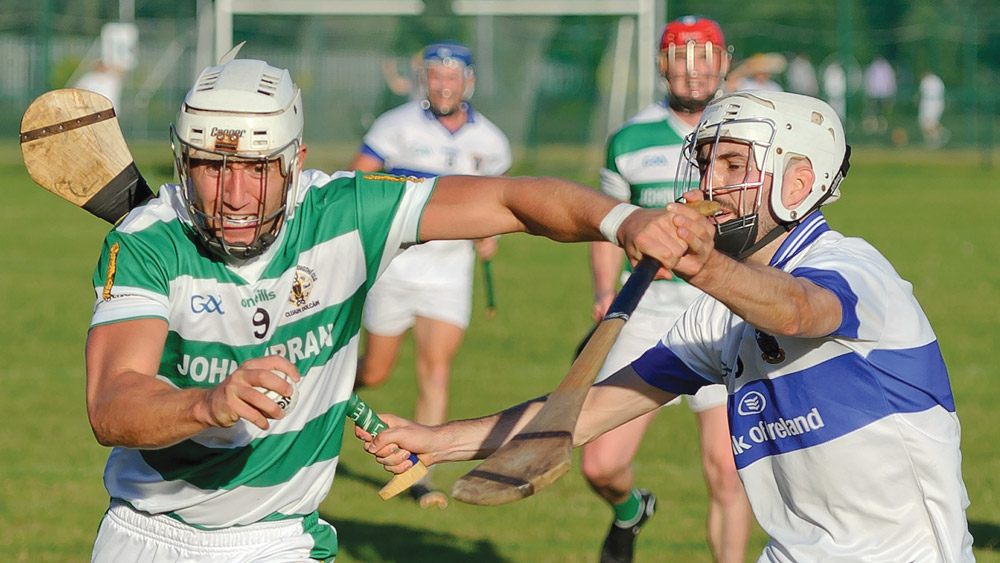 Alex Darbey of Round Tower attempts to shake off the close attention of St Vincent’s Gavin Dunne during Saturday’s Intermediate Hurling Championship Group One clash at Monastery Road. Photos by Paddy Barrett.

WHAT a difference one game can make!

Had Round Tower managed to beat St Vincent’s at Monastery Road on Saturday, they would have secured a quarter-final berth in the Intermediate Hurling Championship.

Instead, the narrow 2-18 to 3-17 defeat they suffered at the hands of the northsiders means they must now travel to Sean Moore Park to contest a relegation battle with Clanna Gael on September 24.

Certainly, both teams knew what was at stake heading into Saturday’s tie and it showed in the intensity of what was a hard-fought, but fair contest.

Towers made the early running as Erin Finn converted a free before Joey Murray and Paudi Stapleton also struck over the bar.

But Vincent’s responded strongly with Ruairi O’Neill’s free finding the back of the net before Keith Connolly also served up a major for the travelling party.

Back at the other end, Finn weighed in with a goal for Towers as both sides found themselves deadlocked at 1-11 to 2-8 by the halftime break.

Again, it was the homeside who were quickest out of the blocks upon their return to the field, Eoin Moran firing home a goal before Gary Quinlivan served up a stunning point, intercepting the ball and unleashing a ferocious strike from the half-back line.

Senan Walsh also got on the scoresheet, but again, Vincent’s fought back thanks in no small measure to their ability to win most of the long puck-outs. 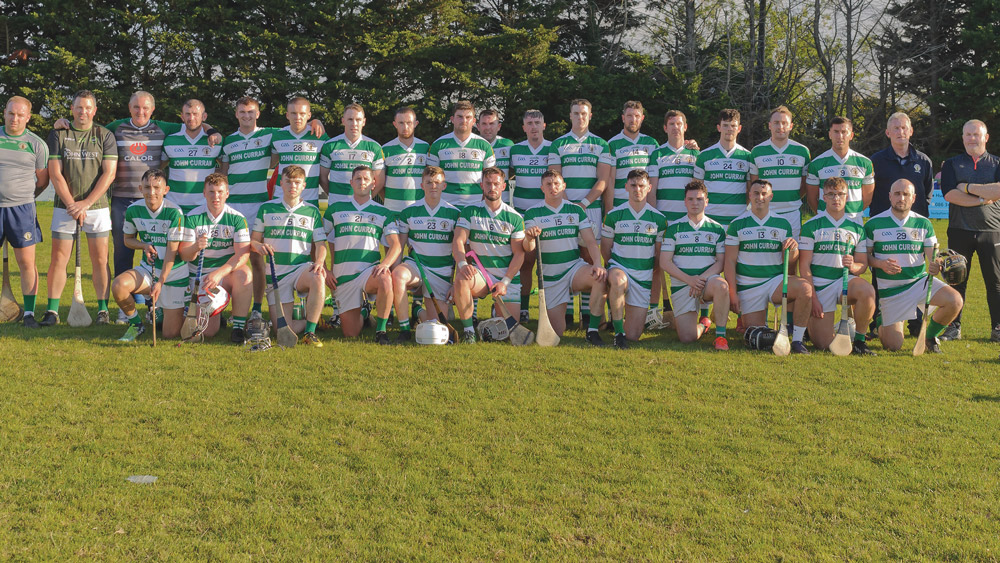 Indeed Tom Hunter, in the middle of the park, really came into his own in the second period and totalled six points for the visitors by the close of proceedings.

A third goal for the Saints, courtesy of Cillian O’Neill helped nudge them in front as the minutes ticked down, but a point from Liam O’Connor, coupled with a further several frees by Finn, dragged Towers back on to level terms.

Yet it was Vincent’s who would have the final say as late points from John Gately and Matteo Cardiff proved just enough to see them over the line and preserve their Intermediate Championship status.