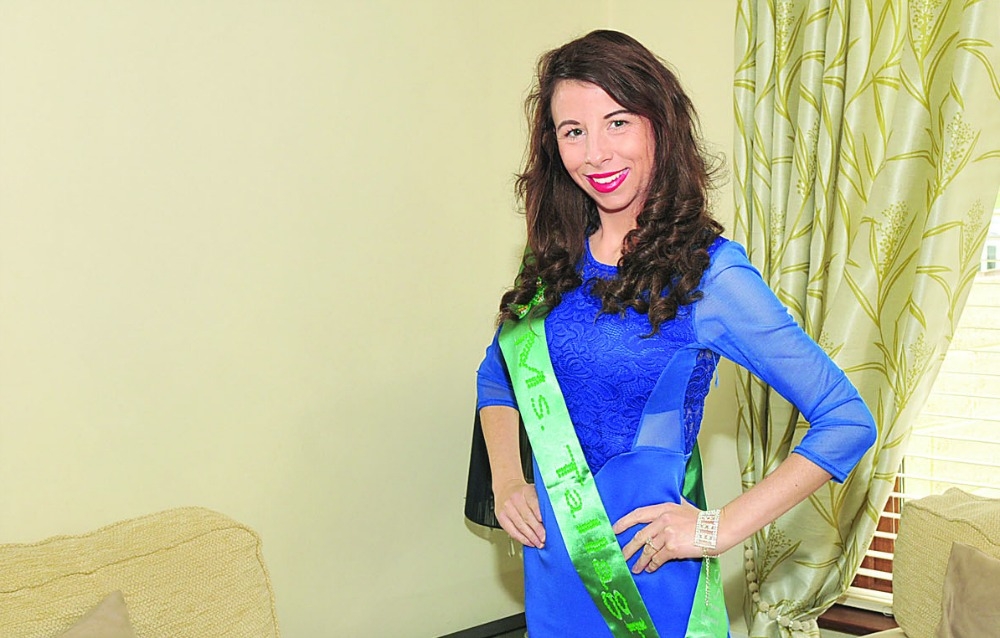 ‘Being in this contest has opened my heart’

GROWING up, Samantha Nicholl faced bullies and name-calling everyday due to a mild learning disability.

However, bullying and discrimination made the Killinarden resident more determined to follow her dreams, and to prove that young people with learning disabilities can achieve their goals.

A familiar face around Tallaght, Samantha (36) is representing her hometown in the Ms Ireland final for the second year running – and has spent past months energetically volunteering across the community and supporting charity and fundraising events.

“I love engaging with my community,” Samantha said.

“I think it’s important to support where you come from and I’m really proud to be able to attend events and fundraisers as Ms Tallaght – it means everything to me.”

Samantha, who recently got engaged to her boyfriend of eight years, developed a mild learning disability after suffering from an illness as a child, but she has never let this hold her back.

A former student of St Joseph’s Special School in Balrothery, Samantha, who worked in the UCI cinema in The Square for eight years, is a talented photographer and has also been involved in a number of fashion shoots, both as a photographer and a model.

She told The Echo: “I was bullied when I was growing up and still get people calling me horrible names because I have a mild learning disability.

“I am also looking for a job at the moment, which is proving difficult – there’s still discrimination out there against people with disabilities.

“However, I can do everything anybody else can do and I won’t let anything stop me.”

She added: “I hope that putting myself forward for the Ms Ireland competition, which has always been my dream, shows what I am capable of – and I’m not just doing this for myself, I’m doing it for all of the people with disabilities who are tired of being told that they “can’t do” things.”

Next Saturday, October 15, Samantha will take to the stage of the Roganstown Hotel and Country Club in Dublin for the final of Ms Ireland, with the seasoned competitor hoping to this year bring the crown home. Samantha won three awards at last year’s final and and was thrilled to be presented with the sash for Second Runner Up.

With only days to go, Samantha is also inviting any local business that could support her as a sponsor to get in touch – with Samantha and her family fronting all of the costs associated with the competition.

“Being in this competition has opened my heart and I’ve seen all of the great work done across the community”, Samantha said.

“It’s amazing to be able to represent your hometown and all of the great people who live there, and if any local business would like to be part of that I would love to hear from them.”

Samantha’s number is with The Echo.

NEWER POSTWho will be the 2016 Tallaght Person of the Year?
OLDER POSTKiltipper Ramblers and Glenasmole clean-up groups are ‘a real credit’ to all the communities involved