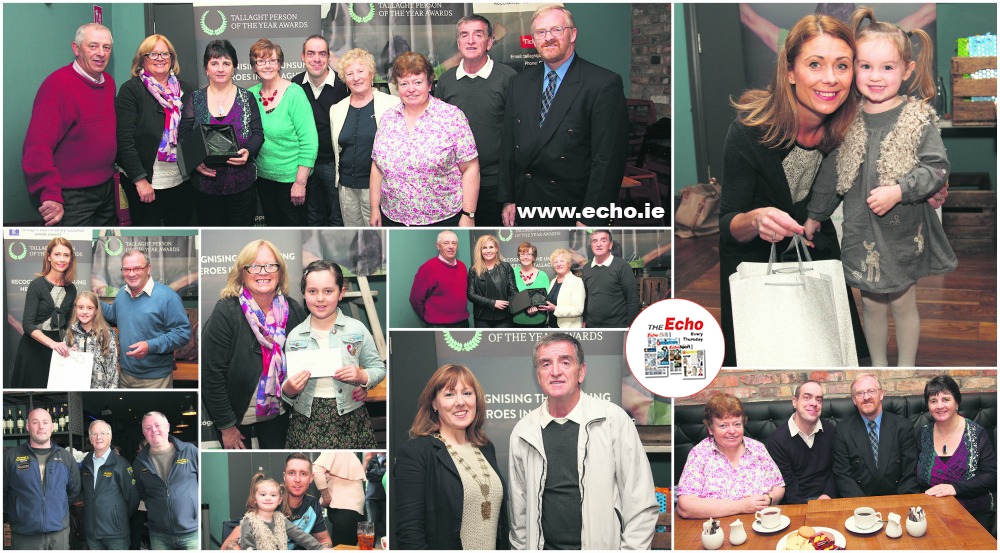 Who will be the 2016 Tallaght Person of the Year?

NOMINATIONS for this year’s Tallaght Person of the Year are open, with members of the public encouraged to recognise, appreciate and nominate the unsung heroes in their communities.

Now in its 33rd year, the Tallaght Person of the Year awards is a reflection of the area’s unrivalled community spirit, volunteerism and activism – with residents still working tirelessly for the betterment of their communities since the first families came to settle in Tallaght’s new estates in the sixties.

Maybe the inherent sense of volunteerism that has been passed down through Tallaght’s generations is due to the fact that the area had very little in the early days, and was at times forgotten in the years that followed, with residents and businesses uniting to build their community into something great.

For the past 33 years, the Tallaght Person of the Year awards has recognised the many acts of volunteerism that have positively shaped communities in Tallaght, with people of all ages, backgrounds and interests being nominated, applauded and awarded.

Last Saturday, October 1, the 33rd Tallaght Person of the Year was launched in Molloy’s pub in Tallaght Village, and was attended by members of the public, past winners, local politicians, community leaders and many more.

Organised by Tallaght Community Council (TCC), the awards are now open for nominations – with residents encouraged to nominate their unsung hero before the nomination process closes at 5pm on October 28.

The awards, which are apolitical, contain seven categories – Arts and Culture, Business, Community, Environment, Special Needs and Carers, Heart of Gold and Sports and Youth.

Gerry Stockil, Chair of TCC, told The Echo: “The Tallaght Person of the Year awards show a consistency between the generations.

“People have been doing fantastic work year after year across all of the area’s voluntary sectors and the awards recognise that.

“I would encourage residents to recognise people’s efforts and to nominate, with their nomination not only recognising a person but also showing how great a place Tallaght is.”

At the launch on Saturday, last year’s winners returned their perpetual trophy and received a special trophy to keep.

Tallaght Person of the Year 2015, Philip Preston, who sadly passed away in July, was also remembered at the launch, and will be represented by a family member at this year’s awards ceremony in the ballroom of the Red Cow Moran’s Hotel on November 11.

Mr Stockil said: “Philip was a fantastic example of what Tallaght and the awards are all about and he will be remembered at this year’s awards ceremony in November.”

For further information visit www.tallaghtpersonawards.ie, where an online nomination form is now available.