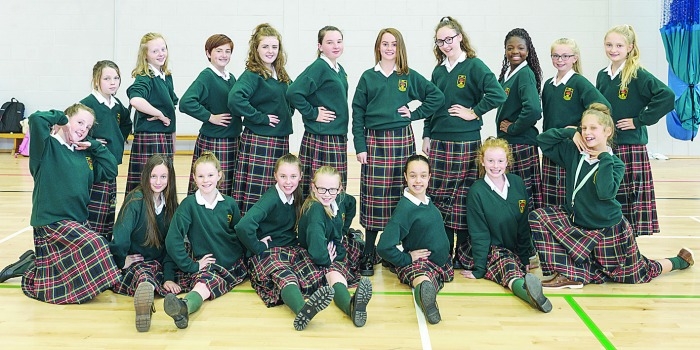 Stepping it out in time for the sake of the school

TEACHERS are skipping in class this week, with the magic of Strictly Come Dancing reaching fever pitch at St Joseph’s College in Lucan.

Staff, students and parents are currently busy in rehearsals and preparing for their ‘Strictly Night’ in the Green Isle Hotel, on Friday, October 28.

The event is being held to raise funds for a proposed extension to facilitate the school’s growth, which is currently in the planning application stage.

Training commenced in September under a cloud of secrecy, with the names of dancers and couples not revealed at the start, as students were left guessing which teachers would be dancing with whom.

However, this week, the names have been revealed, and couples chosen have promised to deliver a memorable night of dancing and entertainment, according to St Joseph’s Deputy Principal, Barry McCabe.

Mr McCabe said: “Both teachers and students are taking to the dance-floor for a variety of reasons. Some are doing it for the fun, some because they were anxious to help the school with much needed fundraising, and some were clearly doing it because they secretly always harboured a desire to be a dancer.

“They have been practicing each Monday night since returning to school with some of the more eager couples practicing on Fridays after school to gain an edge on their dance rivals.

“Behind all this rivalry, there has been an incredible atmosphere of humour and support amongst the dancers who are all looking forward to sharing their dancing skills with the entire school community on Friday, October 28.”

Tickets for the show are currently on sale at the school.

NEWER POSTFour month old horse rescued in Clondalkin after being left to die
OLDER POSTWho will be the 2016 Tallaght Person of the Year?