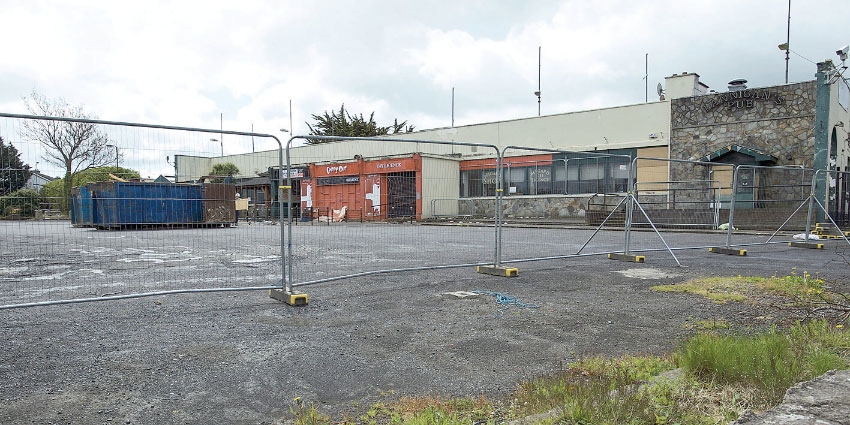 Belgard pub to be demolished in two weeks

THE landmark Belgard Inn pub is set to be demolished within the next two weeks to pave the way for a new Lidl retail development, while plans for the construction of a new, smaller pub as part of the development are unconfirmed.

The 43-year-old Belgard Inn pub closed its doors in March, after Lidl secured planning permission for the demolition of the pub, the adjoining multi-deck car park and associated units to facilitate the construction of a new ‘concept’ store, plaza and retail/café building on site.

Construction workers have moved onto the Belgard pub site

Site clearing is already underway and it is expected that it will be ongoing for the next 12 weeks.

Plans for the construction of a new public house were included in Lidl’s successful application for planning permission, however a spokesperson for the German supermarket giant told The Echo: “There is no decision made yet with regards to a pub being rebuilt, all options are being explored at present.”

It is anticipated that the development will be complete and open for business in spring 2019, and locals in the area are welcoming the planned development.

Peter Forde, chairman of the Belgard Heights Residents’ Association, told The Echo: “The reaction to Lidl’s plans are largely positive.

“The Belgard Inn site has deteriorated dramatically in recent years and I think that, by and large, people in that area are happy that the site is going to be developed.

“The Lidl development has widespread public support in Belgard and locals are looking forward to it being completed and operational next year.”