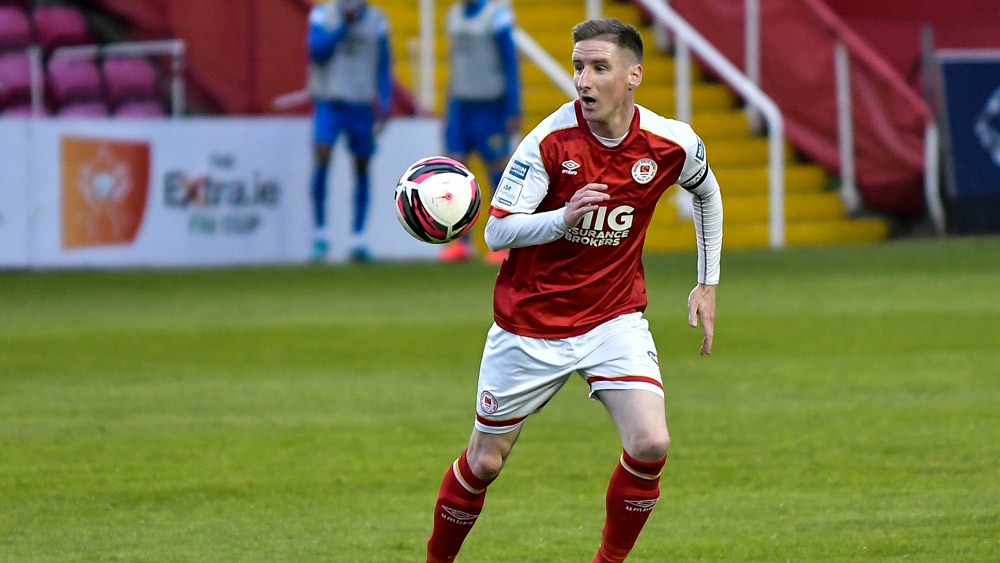 Ballyfermot native Ian Bermingham is to draw a close on a memorable 13-season stint with SSE Airtricity League Premier Division outfit St Patrick’s Athletic at the end of the current term.

A former Republic of Ireland underage international – who lined out for Ballyfermot United and Lourdes Celtic at youth level – Bermingham also acknowledged his departure from Richmond Park will most likely draw the curtain on his career as a professional footballer.

Although he only turned 33 in June, he admitted this was a decision he had been contemplating for an elongated period of time.

“It has sort of been in my mind for quite a number of years now, when am I going to finish? When you get to 30, you’re sort of looking to see when you are going to finish.

I went back to college and did a degree just to have something in my back pocket for when I do decide to call it a day,” Bermingham explained when speaking to the St Patrick’s Athletic social media channels.

“At the end of last season, when we won the cup, it was probably one of the best days of my career. I was thinking of doing it then. What better way to go out, but I just said ‘no, I’ll give it another year’.

“I spoke to Garrett [Kelleher, club chairman] and I told him last year ‘no matter what happens this year, I’m going to leave at the end of next year’. That’s the decision I’ve come to and I’m content with it.”

Having initially featured for UCD and Shamrock Rovers in the top-flight, Bermingham made the move to St Pat’s in advance of the 2010 domestic season. He went on to establish himself as first-choice left-back and later became club captain of the Saints in 2017.

It was an overwhelmingly successful spell at the club for Bermingham, who also won the FAI Cup in 2014 before guiding the Inchicore men towards glory in last year’s gripping decider against Bohemians.

He has left an indelible mark on St Pat’s as a player and could well prove invaluable to team manager Tim Clancy in the closing weeks of their 2022 campaign.