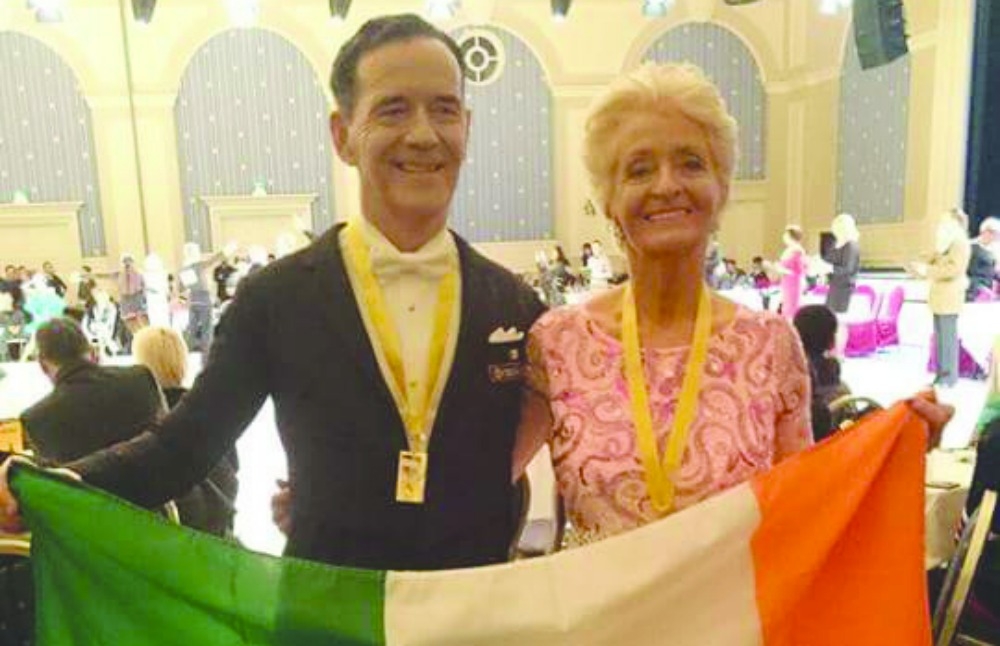 Betty stepping it out to win the world championship

Betty is in remission from cancer, and last week she made history with her dancing partner John Francis as the first Irish couple to win the presitigious competition in the over 60s category.

The woman from Balrothery in Tallaght only started dancing later in life by chance.

The mother-of-two told The Echo: “I was 50 when I started dancing. My mother was dancing and I went to keep her company. I realised I wanted to dance and so I kept it up.”

Betty, who is in her 70s, had been practising the whole year round for the competition by going to her dancing teacher Ciara Francis, in Ballyfermot, four times a week.

She said the competition passed by “in a blur” but it was “intense”.

When asked about the hardest part of her training, Betty described it as “tough throughout”, but her passion for ballroom dancing kept her going even when faced with other difficulties.

Betty was diagnosed with cancer in 2014 and is currently in remission, while her dancing partner recovered from open-heart surgery, making their win even more impressive.

The dancing champion said she’s aware her success is “very big news” and is being kept up to date with all the attention her win is getting on social media.

She said: “I don’t have a computer, but my dancing partner and his wife do and they’ve told me about all the well-wishes and congratulations we’re getting online.”