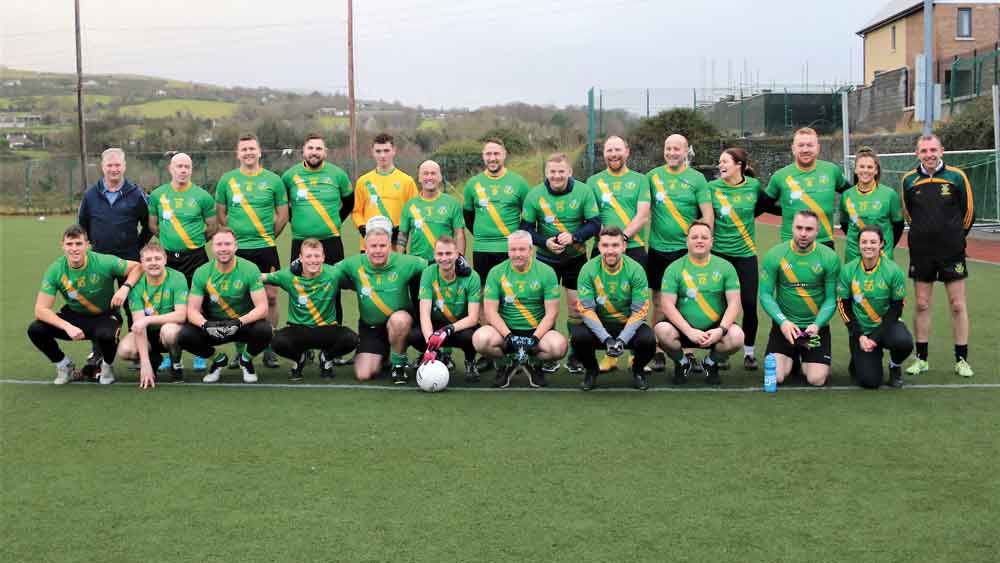 A MEMORIAL match in memory of a 21-year-old player who passed away in 2018 was held in Thomas Davis GAA Club on New Year’s Day.

The well-attended event was held in memory of Dylan O’Neill, who passed away aged 21 in October 2018.

The young man underwent pioneering treatment in the Manchester Royal Infirmary for a rare genetic condition called adult metachromatic leukodystrophy (MLD) but succumbed to his illness.

MLD typically has a slow progression and can present as progressive dementia, and Dylan passed away after undergoing a bone marrow transplant in a bid to slow the progression of the disease.

Dylan, who was from Ellensborough and was a past pupil of Coláiste de hÍde, was an avid sports fan and had played for Thomas Davis GAA Club since he was a child.

One of the teams that lined-out in memory of Dylan

His sister, Serena, also played for Thomas Davis and has MLD, while his younger sister Natasha, who doesn’t have the condition, also plays for the club.

On New Year’s Day, two teams lined out for the event, comprising over 30s and under 30s who competed against each other in a mixed hurling, football and camogie match.

The under 30s team were victorious, and Dylan’s sister, Natasha, who was part of the team, was presented with the Dylan O’Neill Memorial Cup in recognition of the team’s success. 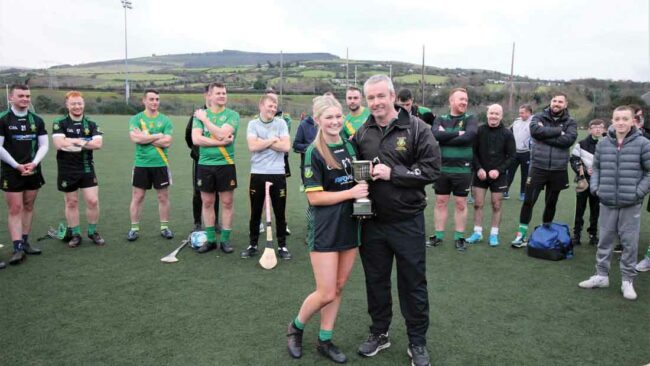 In a post on Facebook the day after the memorial match, a Thomas Davis spokesperson wrote: “A great turnout for the Dylan O’Neill memorial cup yesterday afternoon.

“Some fine displays of hurling and football by all involved, with Brendan Horan and club chairman Liam McGuigan rolling back the years with sterling displays for the over 30s!

“Well done to all involved as a big crowd including many of Dylan’s friends and family gathered on the astro to remember him.

“Dylan’s sister Natasha O’Neill was presented the cup for the victorious U30 team afterwards.

“Many thanks to Ciara McGuigan for organising the event, a great day was had by all during the match and afterwards in the clubhouse.”