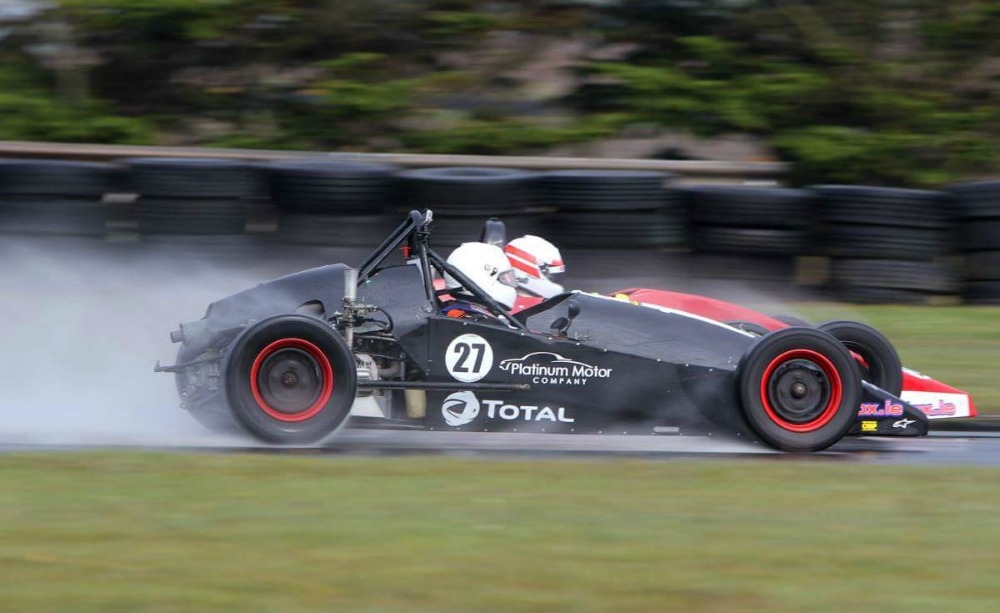 Blackburn fights back for win in Formula Vee top ranks

COLM Blackburn fought his way from virtually the back of the field to record his first race win in the 2016 Formula Vee A Championship in Kirkistown.

The Ballyfermot man pipped Justin Costello to the chequered flag by a mere 0.006 of a second as he took the runner-up spot overall in this season’s series behind Dan Polley who won nine out of 11 rounds this year.

Racing under the Kershaw Motorsport banner, Blackburn was made earn this victory as he explained: “We had problems in qualifying. We had no testing or practice and we just hadn’t got the pace.

“We couldn’t get a slipstream and that’s so important. It can be the difference of a second a lap, so we ended up qualifying fifth” he added.

And the problems did not end there for the Dubliner who was forced on to the grass in order to avoid an early incident.

It meant he fell to the back of the field, but he still managed to work his way back up to fifth when the red flag appeared and the race was stopped following another accident.

Making a break upon the restart, Blackburn made up a further three places so that he was sitting second behind Palmerstown’s Kevin Grogan by the first corner of opening lap.

Yet by the closing circuit the race had developed into a five-way battle with Blackburn managing to snatch the lead and hold on to finish ahead of closest rival Justin Costello.

A winner of the Formula Vee Novice title in 2012, Blackburn won the Intermediate prize the following year and will be very much encouraged by his performance in the top ranks this season.