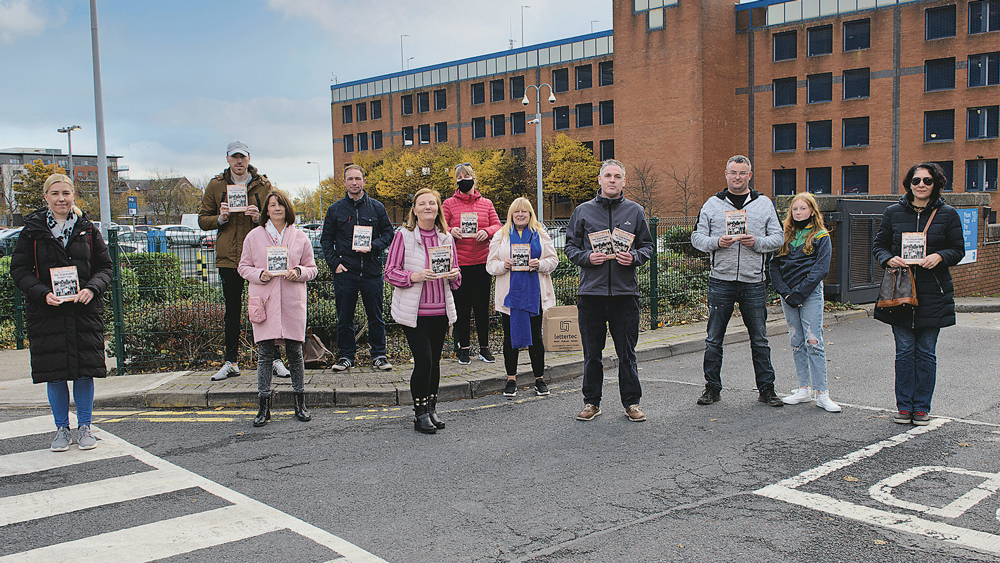 A NEW book on the Debenhams strike – one of the longest industrial relations disputes in Irish history – was presented to former staff at The Square store on Saturday.

‘Tales from the Debenhams Picket Line’, by Fergus Dowd and Sue O’Connell, traces the long dispute and speaks to those who manned picket lines at stores across the country.

Fergus, living in Carlow but originally from Glenview in Tallaght, told The Echo that the book also looks at the history of the retailer, which goes all the way back to France 1778.

“It is a funny thing, I had to do a lot of interviews on Zoom during Covid – in normal times I’d go to the places and talk to them.”

Staff manned picket lines for more than 400 days after the retailer closed all of its stores in the Republic and filed for liquidation in April 2020.

All staff, no matter how long they worked in the retailer, received a generic email in April 2020 informing them that their jobs were gone.

Pickets were hard fought with a lack of support from the State and workers seeking an appropriate redundancy package.

“The book also looks at the demise of the company. In 2006 when it floated on the stock exchange, it was saddled with debt. Philip Greene was making €100m in concessions.”

Fergus, who is on his second collaboration with O’Connell, after their book on the legendary footballer Patrick O’Connell (a relation of Sue), the man who is considered to have saved Barcelona FC while he was manager of the Basque club in the late 1930s.

Fergus said his head was “spinning” once he delved into the murky finances and treatment of workers including the “scandalous generic email”.

The book has received support from musicians such as The Proclaimers and Deacon Blue who sent messages, and from across the world of sport.

The dispute eventually ended in May when Mandate trade union workers voted to accept a €3m training and wellness fund instead of the four weeks’ pay per year’s service redundancy – two weeks’ statutory plus two weeks’ enhanced – that they agreed with their former employer.