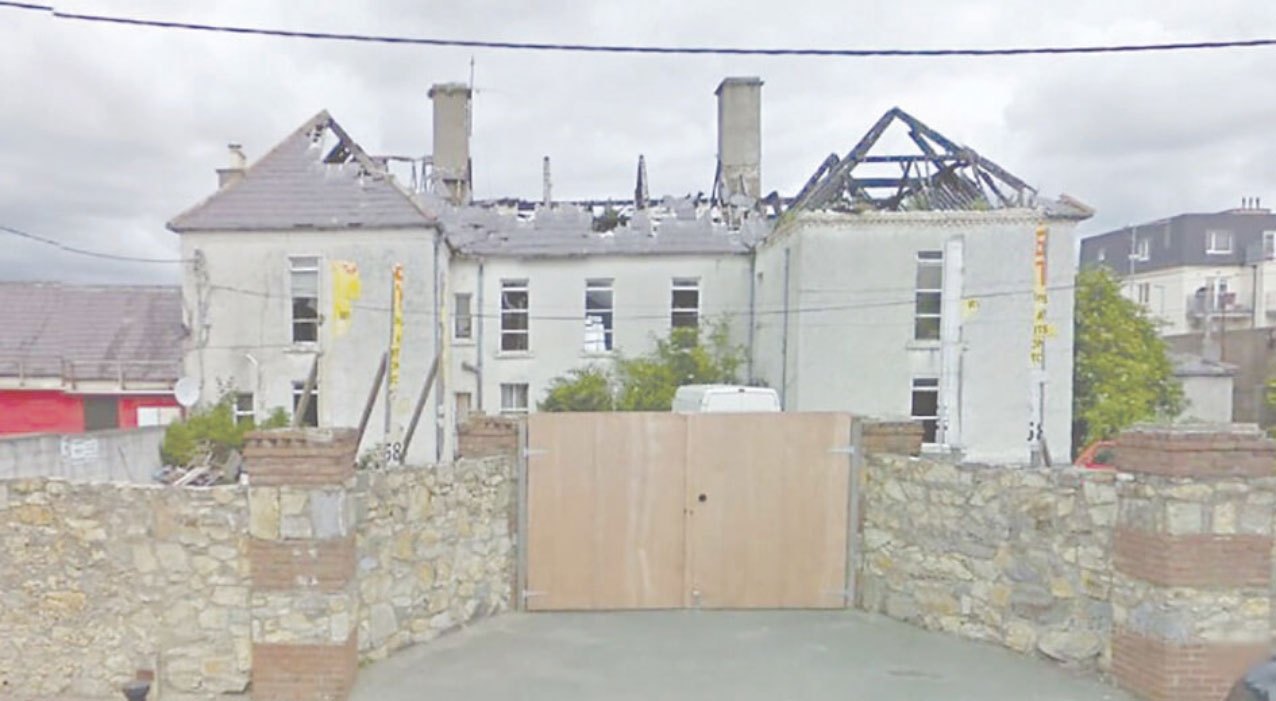 TWO appeals against South Dublin County Council’s decision to grant permission for a 58-bedroom aparthotel development on Rathcoole’s Main Street have been unsuccessful.

The council granted permission for the development, to consist of a 58-bedroom aparthotel, a restaurant/coffee shop, a bar, 15 retail units and four market stalls on the site of The Glebe House, in October 2017.

Glebe House is a former rectory which has been previously fire-damaged, causing the original interior features to be destroyed, and it is listed as a protected structure.

The application for planning permission, which was submitted by LBJ Properties Ltd in February 2017, outlined plans to demolish a number of ancillary sheds and outhouses that are not part of the original historical fabric of Glebe House.

The proposed structures for demolition include three outhouses, a single-storey carwash building, a corner-shop unit on Eaton Drive, a metal shed and seven retail units.

It is also proposed that a number of conservation works will be carried out on Glebe House, including extensive stabilisation works and the reinstatement of a Blue Bangor slate roof with red ridge detail and bell detail to the edge of the roof.

Other conservation works include the closing up of 20th century openings and the reinstatement of sash windows and a hardwood door to the Main Street south elevation, and two new double-glazed timber doors to the west wing in the existing openings.

On October 31, 2017, Hughes Planning and Development Consultants, acting for Clondalkin Credit Union which had merged with the Four Corners Credit Union in Rathcoole, submitted an appeal to An Bord Pleanála (ABP) against the council’s grant of permission.

The consultants listed a number of reasons for their appeal, however their chief concern related to “the loss of a long-standing right-of-way” which would be “seriously injurious to the existing commercial amenity” of the Four Corners Credit Union. This right-of-way is used by credit union staff for car parking, and the consultants also added that their client had “structural concerns emanating from the proposed development”.

Rathcoole Community Council also lodged a separate appeal with An Bord Pleanála on October 31, 2017, against the council’s decision to grant permission for the aparthotel development.

The community group stated in their appeal that they had “severe reservations relating to the potential negative impact” that the development would have on the protected structure, Glebe House.

Specifically, the community council did not want the works on Glebe House to be carried out in tandem with the construction of the aparthotel, stating that they wished to place a “primary emphasis on the protection and restoration of Glebe House”.

This month, An Bord Pleanála upheld South Dublin County Council’s decision to grant permission for the development, as it “would represent a distinct improvement to the architectural conservation area within which the site is located”.

ABP added that the development “would not adversely affect the setting of the protected structure on site.”