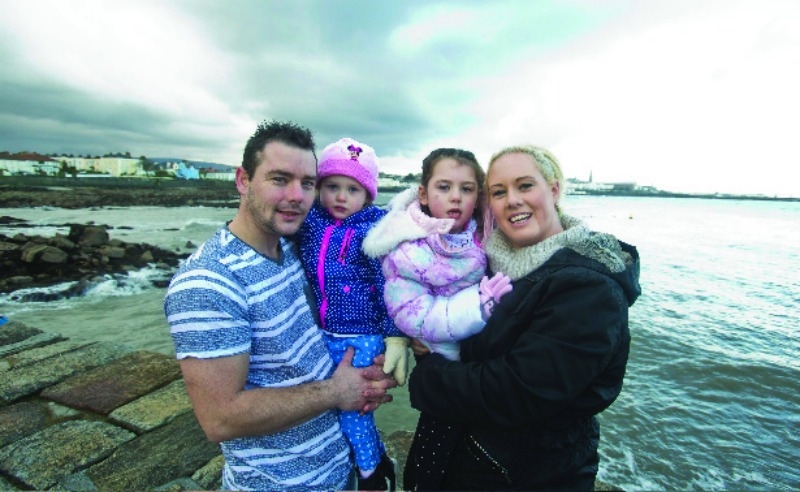 Brave Abbey faced her illness as a strong, independent girl

BRAVE Abbey was described as having died “loving, and knowing she was loved”, as she was laid to rest after battling Batten disease.

Five-and-a-half-year-old Abbey McGuinness passed away last Saturday, and was one of only three children in Ireland who suffered from the neuro-degenerative disorder.

She passed away after struggling with a viral infection over the weekend.

Family and friends gathered at St Mark’s Church in Springfield, Tallaght, this morning to say their final goodbyes to the beautiful little girl.

Fr Pat McKinley described Abbey as “a wise child”, whose “greatest love was for her mam and dad, Linda and John, and her wonderful sister Kyra, who was so wonderful in her care and love for Abbey.”

Abbey passed away on the fifth anniversary of her grandad Fran’s death, and Fr McKinley remarked that he was sure that they were “now skipping, or rollercoastering, or jet-skiing into the eternal love of God.”

The mourners in the packed church were told about how the little girl from Springfield had “lived her life in a hurry”, and how she faced the physical needs of her illness as a “strong, independent, some might say stubborn, little girl.”

Fr McKinley spoke about how when he was recently visiting sixth class students in St Mark’s Primary School that these children had all the big questions: “Why do we exist?

“Why do people suffer? What happens to us after we die?

“Perhaps Abbey’s final gift to all of us is to put these key questions centre stage.”

He added: “Abbey has all the answers now, while we continue to struggle with the questions.”

Fr McKinley told the congregation that “love is the only thing that lasts through death”, and how Abbey’s favourite film, Frozen, served as a reminder that “loving and being loved is the sole purpose of our human life.”

Abbey’s white coffin was led out of the church to a refrain of “Abbey’s smiling heart will always be shining down on us constantly, she shines her love down from above.”

Abbey’s funeral was followed by a cremation in Newlands Cross Crematorium. She is survived by her parents John and Linda McGuinness, and her younger sister Kyra.