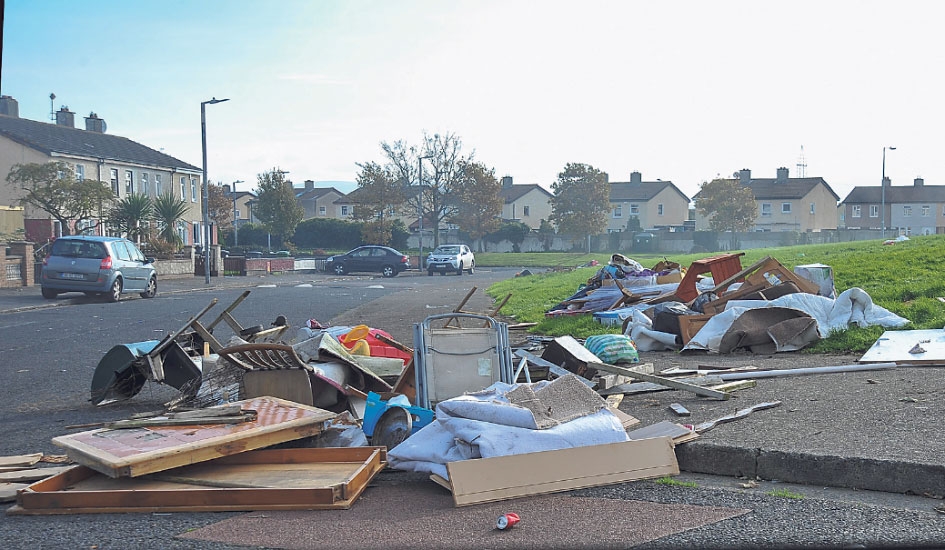 ILLEGAL dumping in communities is “unlikely” to be prevented by the reintroduction of the household junk collection, South Dublin County Council has said.

A number of years ago, the council provided household junk collections, which was provided to around 20,000 houses per year at an annual cost of more than €500,000 to the local authority.

In response to a recent question posed by Tallaght Central councillor Charlie O’Connor (Fianna Fáil), who was asked by constituents about the reintroduction of the service, the council confirmed that it had no plans to bring back the scheme.

In the run-up to Halloween, calls for the reintroduction of the scheme were made, in light of household furniture and other unwanted items like cookers, fridges and kitchen units making their way onto green spaces.

In its reply to requests, the council said: “The annual cost could not be sustained and therefore the service was discontinued.

“It is thought unlikely that the illegal dumping which takes place in this county would be prevented by the provision of such a service on a once-in-three- or once-in-five-year basis.

“Also, the provision of this service would do nothing to address the illegal burning of black-bag waste which takes place weekly in certain parts of the county.”

The council added that no charge was levied for the junk collection when it was previously provided, and that this is in conflict with the ‘Polluter Pays Principle’.

“To reintroduce the service now on a similar basis would be in direct conflict with national and EU waste policy, and also the new Waste Plan for the Eastern Midlands Regions in this regard.

“In conclusion, there are no proposals to reintroduce the scheme.”