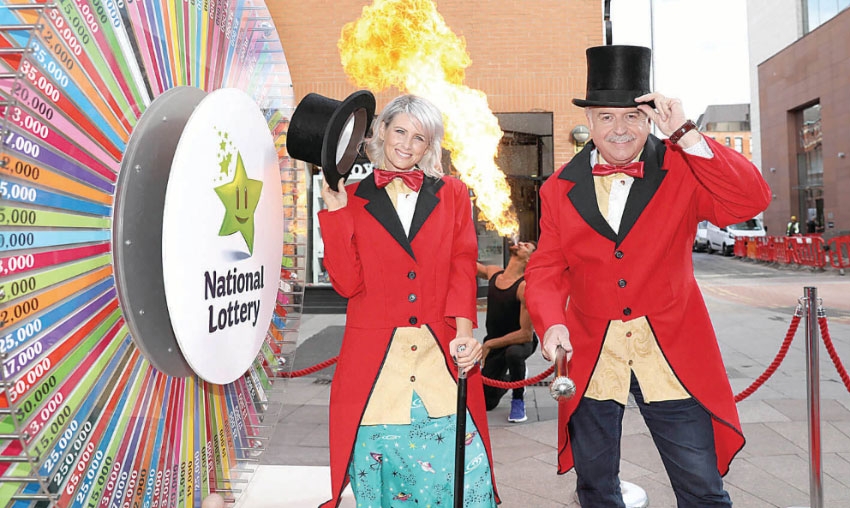 TWO local men will be hoping to get Christmas off to a winning start spinning the wheel when they appear on the National Lottery Winning Streak game show this Saturday.

Dave Morris, originally from Inchicore in Dublin but now living in Cromane, Co. Kerry, was with his sister Anne Morris when she got a call last Saturday evening.

When he saw the expression on her face, he feared something bad had happened.

Lo and behold it was a call to say that she had been chosen to appear on Winning Streak. In the midst of all the celebrations, Anne realised that she was to travel to New York City this Wednesday for a shopping trip with her daughter Ellie.

Eventually all eyes turned to Dave, who was up visiting Anne with his children. He had no hesitation in stepping up to the plate and going on Winning Streak for his sister.

Dave has been living in Cromane in Co Kerry for the past 11 years. He moved down to “this beautiful part of Ireland”, on the Kerry coast, 11 years ago.

He has been married to Valerie for the past 14 years and the couple have three children: Lily, Anna and Jack, who are all excited to be cheering on their dad.

Dave is a member of the Garda Siochana and his beat is the Portmagee and Valentia Island areas.

Dave says that Anne, who lives in Lucan is such a generous person that she really does deserve this.

Oliver Furlong from Ballinteer is also looking forward to his Winning Streak appearance this weekend and is feeling very calm about the situation despite the excitement all around him in his family.

Oliver is a proud dad and grandfather to four adult children and a total of eleven grandchildren.

Oliver is just a year into retirement where he spent more than 55 years driving a coach and doing tours for tourists all around Ireland.

His children; Louise, Bronagh, Vanessa, and Alan are all very excited to cheer him on this weekend.