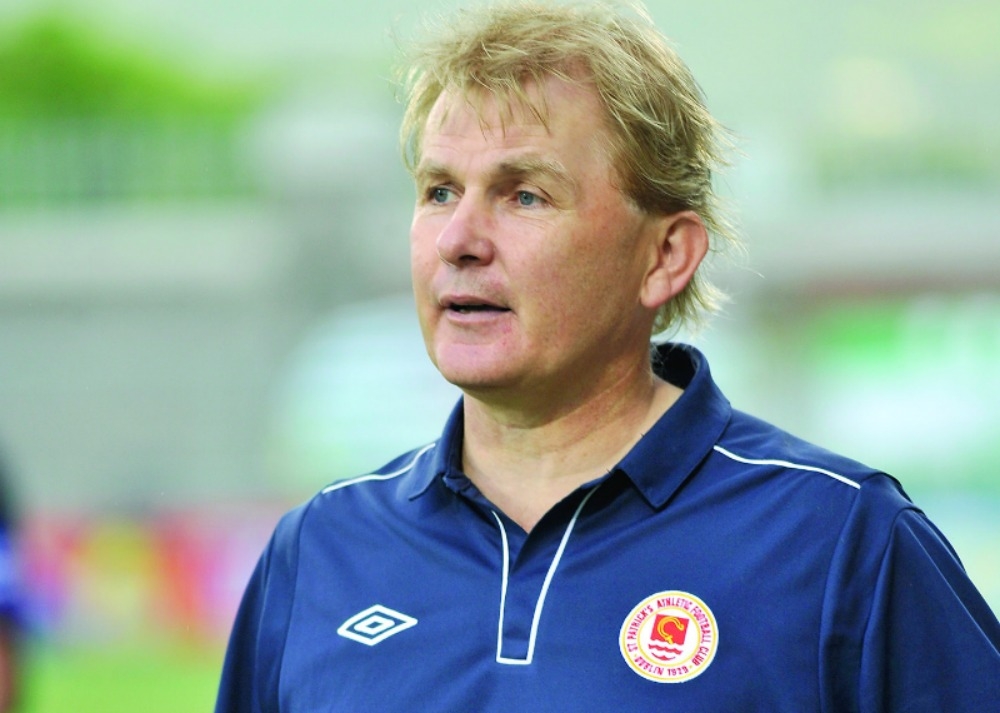 While the Inchicore outfit suffered a 1-0 defeat, they did put it up to the Leesiders despite playing the second half with ten men after new signing Owen Garvan saw red.

It is the same gritty display Buckley will be looking for when they entertain Derry City in Richmond Park tonight (Friday).

“We’ll be trying to win every game” insisted Buckley.

“We went down to Cork looking for the win and we set ourselves up that way.

“I think Cork deserved to win the match, but up until the penalty just before halftime which I thought was a poor decision, there was nothing in it.

“We dug in in the second half to keep ourselves in in it and even had a couple of chances towards the end of the game” he pointed out.

Buckley has recently injected a lot of experience into his squad with the return of Killian Brennan and the arrival of Owen Garvan and 23-year-old Dutch defender Jordi Balk.

“We are looking to bring in that bit of experience and we still hope to strengthen in up more” said Buckley.

“We got Killian Brennan. We had him before and he was fantastic for us. He’s done really well in the two games he’s played in against Hearts and Cork.

“Owen Garvan is another player with a lot of experience and he has been doing well. He was unfortunate with that sending off against Cork but he has that good bit of quality.

“And we’ve brought in Jordi Balk a good Dutch defender, so we are getting stronger.

“There’s plenty of points still to play for so hopefully we can start climbing up the table and avoid that relegation battle at the end of the season” the Pat’s boss told The Echo.