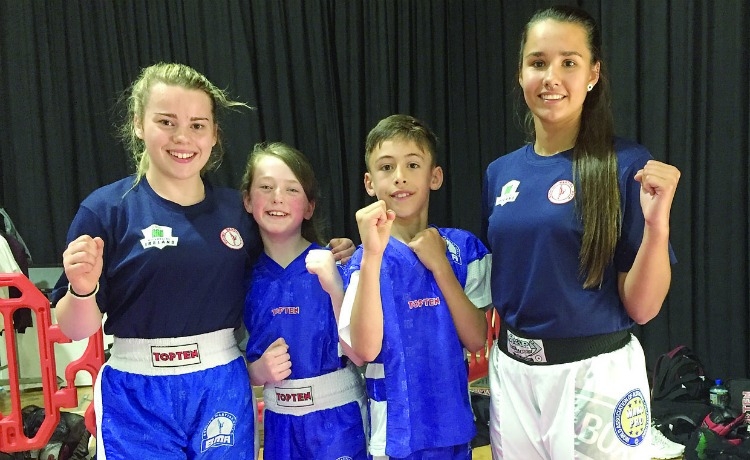 It was just the boost he was looking for ahead of the highly-anticipated WAKO European Championships in Macedonia in September.

Picking up a knee injury in her Junior Open Weight category elimination bouts she suffered her first loss of the year in a close final against Jodie Brown from TMA.

At the same time, Nikitina was taking charge of the Ladies -60kg Elite Challenge League where she finished first in the pool beating all opponents with ease before her knee injury.

This set her up for a final against 23-year-old current WAKO World silver medallist Gemma Upfold from the UK and, while she gave a good account of herself over two intense rounds, the injury proved too much to contend with and she succumbed to her opponent’s superior strength.

Brother and sister duo Ryan and Amy Wade both twice made the podium after they each won two bronze medals in their respective divisions.

Zach Lamari finished with a silver medal in the Boys -32kg Points Fighting class before then teaming up with the Wade siblings to take bronze in the Younger Cadet Team Challenge in which they lost out to the eventual winners Team Sas from the UK.

Croia Egan picked up a gold and silver in her respective categories while Georgia McAllister was runner-up in her light contact section.

Team-mates Frank Ryan and Kenneth Craven were unlucky not to medal as they both lost out by a single point in their respective fighting fields.