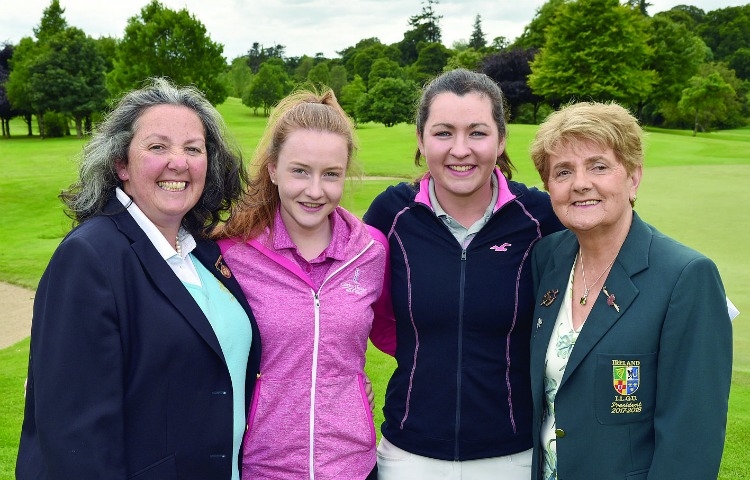 Going up against Paula Grant in the Close Championship decider, Casey edged one ahead on the third hole after the previous two had been halved.

Grant restored parity on the fifth, but Casey moves two up after wins on both the 10th and 11th.

Yet her Lisburn opponent was not about to allow her to race clear and again fought her way back onto level terms after carding birdies on the 12th and 13th before also birdying the 17th to clinch the victory.

While it was a disappointing loss for Casey, finishing among the top two from a field of 78 competitors over four days of competition will be hugely encouraging for the young golfer.

She demonstrated great resilience in her semi-final against 2010 Irish Close Champion and this year’s Leinster Women’s Team Captain Mary Dowling.

Indeed after falling two shots adrift of her New Ross opponent with five holes remaining, Casey won the next three to edge one ahead before clinching it on the 17th.

Prior to that she beat Valerie Clancy of Killarney 4&3 in the quarter finals after having seen off Sara Byrne of Douglas in the Last 16 and Tramore’s Anna Dawson in the first round.

She, along with Lucan’s Molly Dowling, will be among seven Leinster players who will soon be turning her attention to the Women’s Interprovincials at Shannon Golf Club from July 11-13.

Casey’s clubmate Kate Lanigan made it to the Ita Wallace final where she came up against Chloe Ryan who went three up after six holes.

Lanigan managed to claw back two, only to see her Castletroy opponent respond with another three hole wins to go four up and eventually close it out.

It was just the win she was looking for as she gears up for the upcoming European Team Champ-ionships in Portugal.

Lanigan, has every reason to feel confident ahead of her trip to Shannon for the Girls Interprovincial Team competition, following her fine performance at the weekend.

Indeed she carded a superb eagle on the 16th to take the lead in her exciting semi-final against Castle-warden’s Lauren Walsh before securing the win on the 18th.

Among the other scalps that she took en route

to the final were Beth Coulter of Kirkistown Castle and Tipperary’s Aoife Lowry.