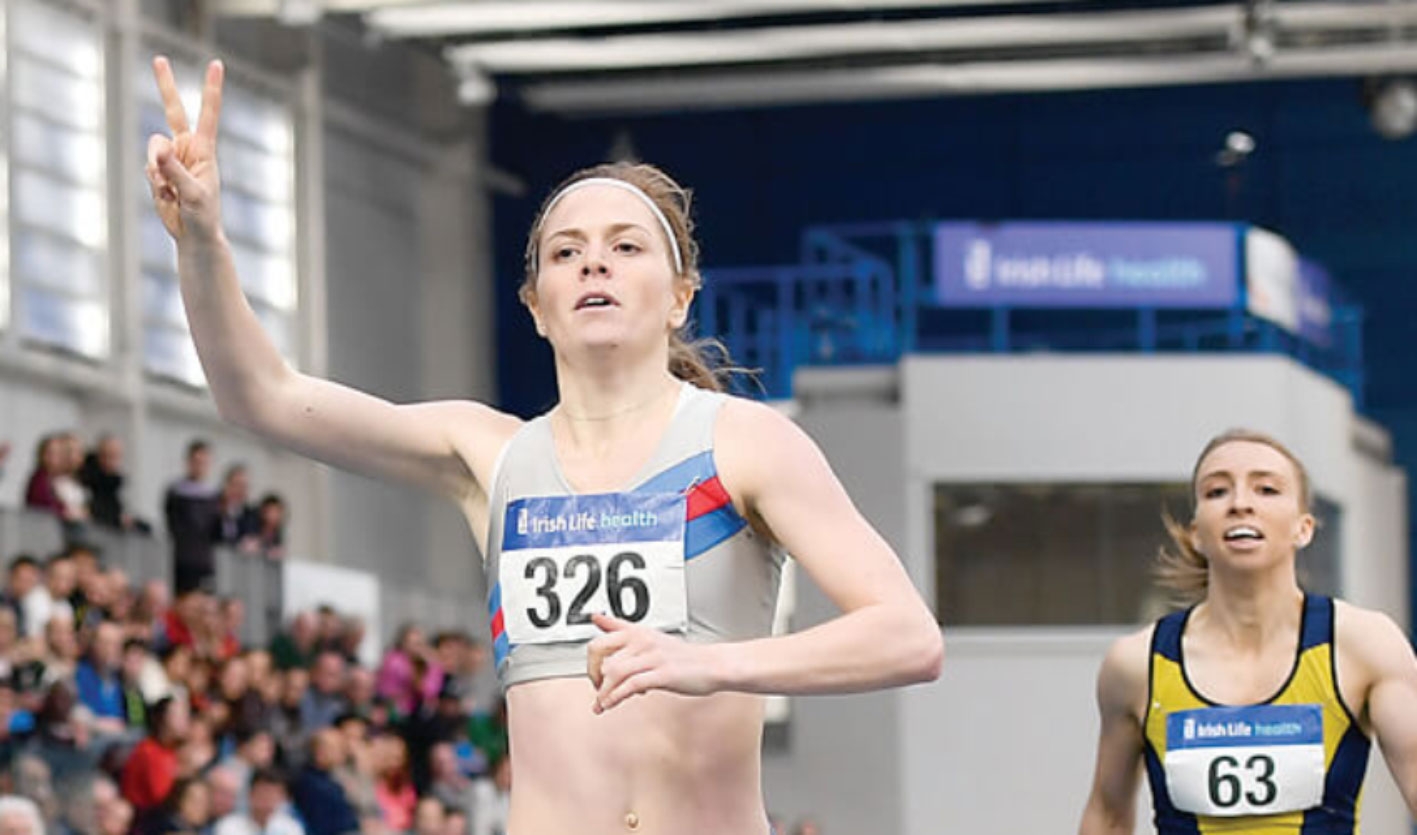 Butter was coming into this competition on the back of some great form in indoors in the US where she competes for Villanova University.

She ran in the European Under 23 Outdoor Championships in 2017 and reached the final eventually finishing seventh.

Kate Doherty, meanwhile, produced yet another PB in the 60m hurdles, on her way to winning her first national senior title, with a great time of 8.29.

Elsewhere, DSD’s Hiko Tonosa was the second athlete across the finish line in the Rás na hEireann Cross-Country Race in Oldtown last weekend.

Top class competition was ensured with a visiting USA team taking on the home competitors, led by Tonosa.

Indeed, the Americans had four in the leading group from the start and good team tactics saw them alternate the lead with only Tonosa able to handle the fast pace.