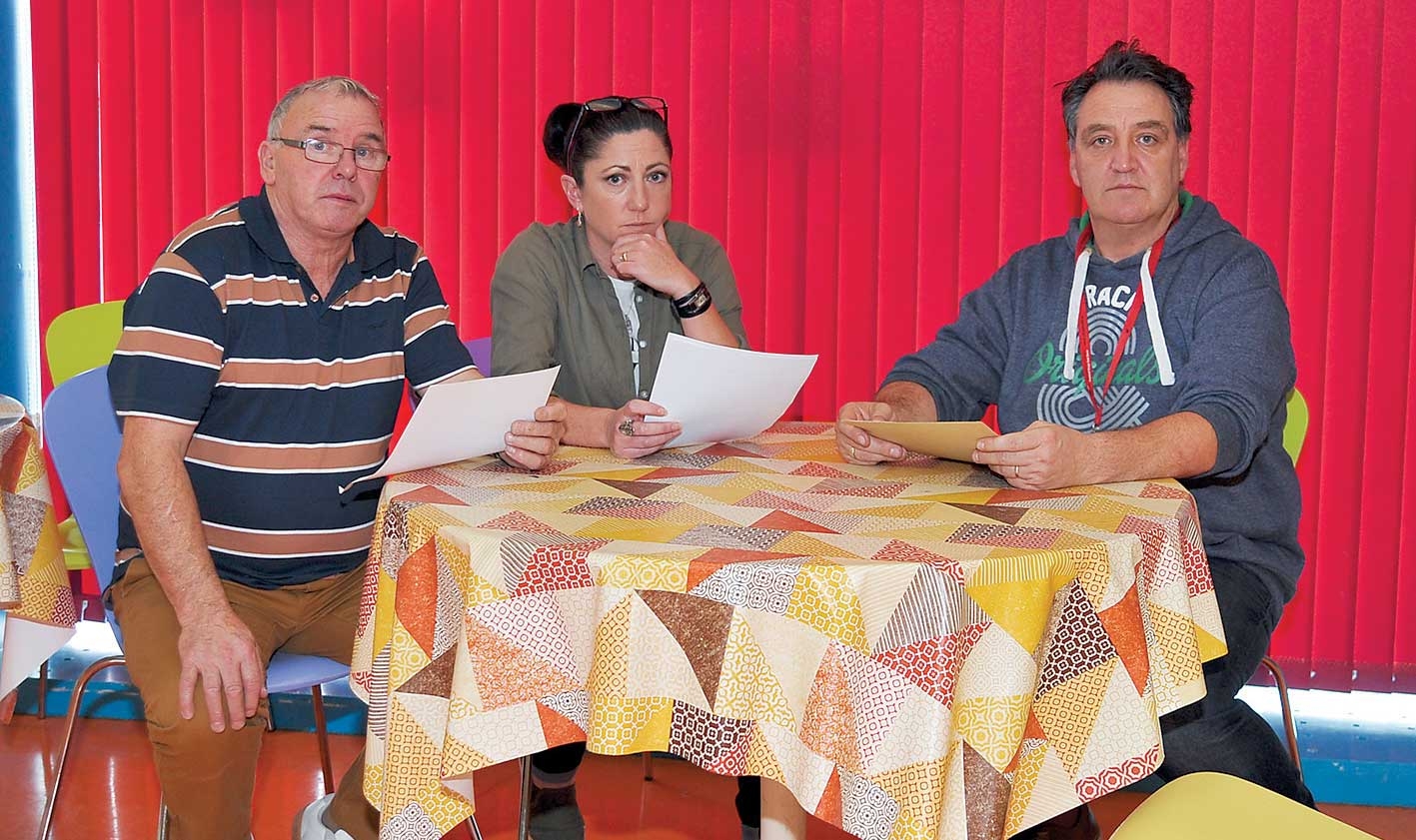 THE sit-in at the Brookfield Youth and Community Centre came to an end after 18 days yesterday (Wednesday), when staff received “assurances” from South Dublin County Council.

Staff at the centre have been staging a sit-in protest since Friday, September 29, when they were issued with notice of immediate redundancy by the Chairman of Brookfield Youth and Community Centre Limited – the company which managed and staffed the council-owned centre.

Since then, the centre has been closed and the community left without vital services that catered to around 1,000 young people living locally.

Over recent weeks, local politicians and SIPTU have called on the council to intervene.

While the council has “no involvement or responsibility” in respect of the business, it was anxious to secure the physical structure of the building and “committed to ensuring that a proper community resource replaces the services previously provided by the company”.

Just before going to print on Wednesday evening, The Echo learned that the sit-in was coming to an end after staff received written letters from the council that “committed” to re-opening the centre as soon as possible – and notifying staff when a new Board of Management is put in place.

Staff member Kieran Walsh told The Echo: “We tried our best to get the council to engage and to keep the centre open but it wasn’t to be.

“We’re gutted that we are leaving tonight and that the centre will not be open tomorrow, it’s such a waste.

“However, we did get a letter from the council that commits to notifying staff of when a new Board of Management is put in place and we can then reapply for our jobs.

“We really can’t see why the centre can’t be opened and staff given temporary contracts until a new Board of Management is set up, but this is the way it is.”

He added: “We got so much great support from the community and local politicians over the past few weeks and we are very grateful for that.

“We are leaving it in the council’s hands now and hope that they get the centre re-opened as soon as possible.”

Brendan O’Brien, SIPTU area organiser, spoke with The Echo from the centre on Wednesday evening.

He said: “We got assurances and commitments from the council in relation to setting up a new company that would get the centre back up and running.

“The council has confirmed that when a new company is registered all existing staff will be notified and afforded the opportunity to apply for the posts.”

He added: “The next piece now is for the council to fulfil that commitment and get services up and running for people in the community and then afford staff the opportunity of employment.

“Hopefully the council can move quickly to set up a new company – there is an urgency that this is dealt with quickly.”

Signing off in a statement on the Save our Centre Brookfield Youth and Community Centre Facebook page, staff wrote: “You, the community, fought for this centre and you all deserve for it to be reopened as soon as possible.

“It is now up to you the community to continue to fight for the centre to be reopened and we will support you in any way we can.”

The Echo did contact the council but a reply was not received in time for print.

Any donations made by the public that are left over will be donated to Down Syndrome Ireland, Aware.ie, Laura Lynn Foundation and Harold’s Cross Hospice.