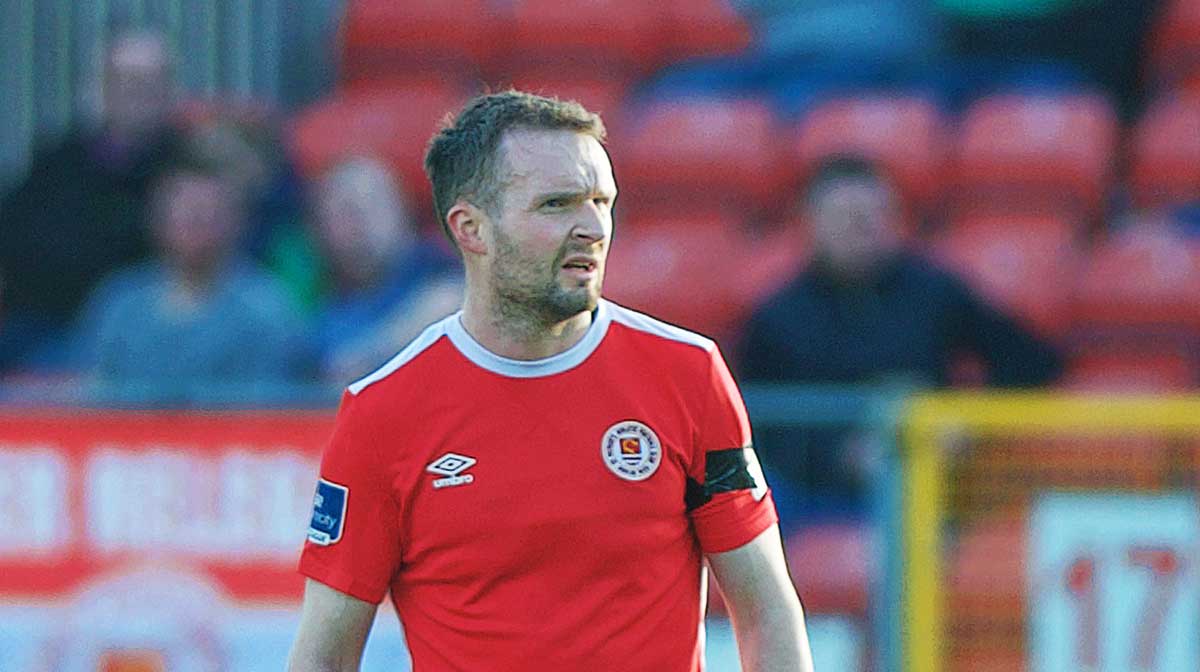 CONAN Byrne has committed himself to St Patrick’s Athletic for next season, but insists assurances about the team’s competitiveness were essential in his decision to sign back.

The prolific winger, who has found the net no less than 69 times in his last five years with the Inchicore side, was one of three players who re-signed for the Inchicore club last week.

Indeed club captain Ian Bermingham together with Graham Kelly also penned new contracts while midfielder Ryan Brennan has joined the Saints from Bray Wanderers- steps that Byrne believes will be crucial in helping the team improve dramatically on their eighth-place finish in the Premier Division this year.

“I certainly would have had my doubts about signing back had I not been assured that the team was going to be competitive next season and I know some of the other lads felt the same way” Byrne told Echo.ie

“I know the fans did feel a bit frustrated that we weren’t signing players and other teams were getting ahead of us, but we’ve shown now that that was not the case and I’m sure Liam [Buckley] will be announcing more signings very soon” he added.

The Saints had to battle tooth and nail to steer clear of a relegation dogfight this season and Byrne insists that experience played a key role in them managing to do that.

“You can’t buy experience. It was so vital for us towards the end of last season in seeing us get over the line” said the 32-year-old.

“But you have to have a good blend, that right balance of youth and experience, because there are so many good young players that we want to develop in the club” he stressed.

Looking ahead to next season Byrne added “I’ve always said that if you don’t get off to a good start, you’re going to struggle.

“When you’re fighting for everything rather than going out and expressing yourself every week it can lead to panic in the team. Confidence is massive if you want to do well” he said.

Byrne’s decision to remain at Richmond Park, is a massive boost for the team according to manager Buckley who, this week said “I’ve worked with Conan Byrne for many years now and, again, he is another ‘fans’ favourite’ so I know everyone will be happy to see him back in Inchicore.

“Conan has scored goals in every season that I have worked with him, and scored his 100th goal in the league last year so I am delighted to have him back for next season” he added.