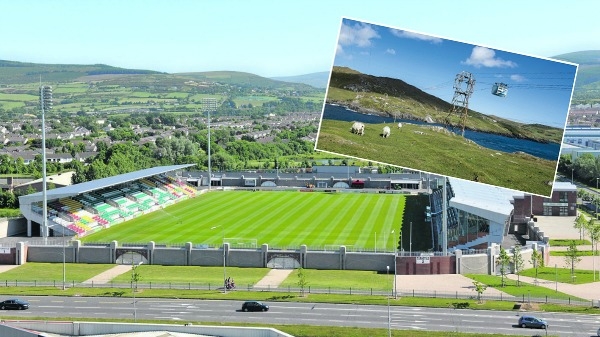 Cable car from Hellfire Club to the centre of Tallaght planned

TALLAGHT’s tourism potential could reach new heights if proposals for a cable car, linking the town centre with the Hell Fire Club, gets the green light.

Tallaght South Sinn Fein councillor Dermot Richardson is asking South Dublin County Council to commission a feasibility study into the provision of a cable car from Tallaght to the Hell Fire Club – which would tie in with the local authority’s tourism strategy for the county and also its proposals to develop a flagship tourism project in the Dublin Mountains.

Earlier this year, the council revealed a €19 million draft masterplan which would develop the Hell Fire Club and Massy’s Estate into an integral part of Dublin’s tourism portfolio – a project which could welcome up to one million visitors and generate around €4.3 million for the local economy in its first five years.

While it may be hard to imagine a cable car running from The Square shopping centre or Tallaght Stadium to the Dublin Mountains, this is not the first time that the suggestion has been made – with the South Dublin Chamber proposing the introduction of a cable car more than ten years ago.

This month, Cllr Richardson is attempting to put the chamber’s idea back on track, with a motion calling on the council to commission a feasibility study into the introduction of a cable car.

He told The Echo: “A cable car would be a great asset to the county and it would encourage visitors who don’t drive to visit the area.

“We also don’t want the project in the Dublin Mountains to be attracting heavy traffic and buses into the area and a cable car could help combat that.

“I think a cable car would be a phenomenal attraction for Tallaght and the whole county as a whole.

“People will come to this, it’s a no-brainer really, and there are plenty of investors out there who would be interested in this.”

Peter Byrne, the CEO of the South Dublin Chamber, also spoke enthusiastically about the prospect of a cable car linking Tallaght with the Hell Fire Club.

“We suggested a cable car for Tallaght ten years ago – we realised that Tallaght as the county town needed a must-see attraction”, Mr Byrne said.

“A cable car from Tallaght to the Hell Fire Club would be amazing and would give the only panoramic view of Dublin city – plus people can enjoy everything that Tallaght and the surrounding county has to offer.

“There is nothing technically advanced to this, a cable car system is very straight forward and while it would be expensive to set up, it would pay for itself in a very short time.”

He added: “You can reach anywhere from South Dublin County, it’s the perfect base for anybody coming to stay in Dublin – there is so much to see across the county, plus the value is much better here than in the city centre.

“We just have to attract people out and I think with some goodwill, this cable car idea could happen – and make a difference.

Cllr Richardson will lodge the motion, which is co-signed by his fellow Sinn Féin councillors Enda Fanning and Cora McCann, at this month’s full council meeting.