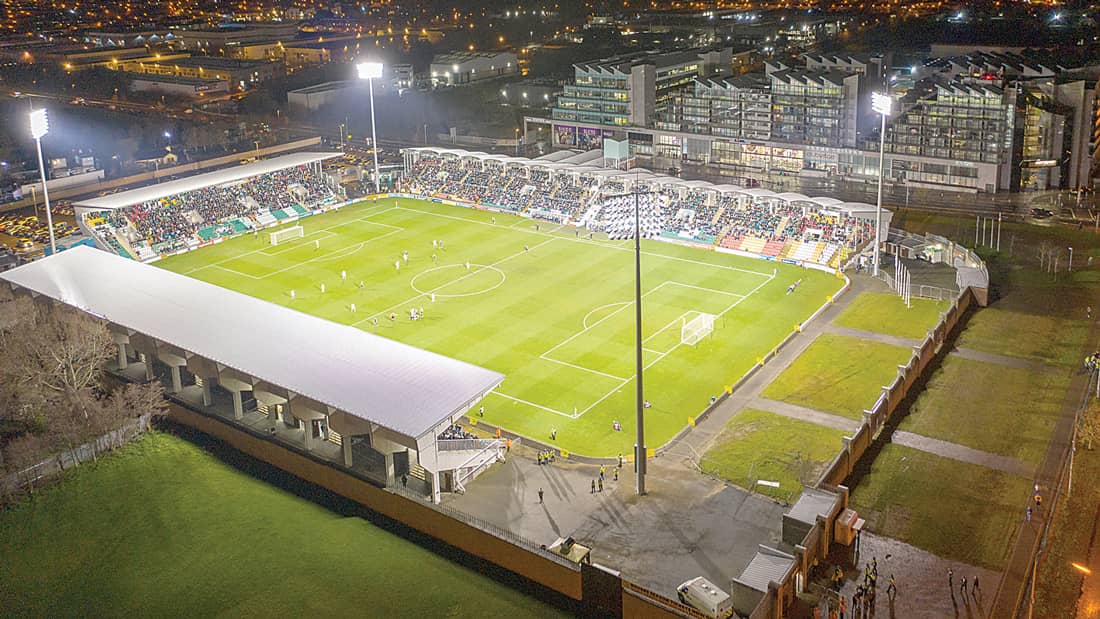 A PILOT Halloween concert should be held in Tallaght Stadium in 2022 in a bid to deter anti-social behaviour and help disengaged young people, according to a local councillor.

Sinn Féin councillor for Tallaght South, Louise Dunne, tabled the motion at a Tallaght Area Committee meeting on Monday, calling for the pilot event to be held next year.

“Each year the fire brigade are flat out dealing with bonfires due to stockpiling,” stated Cllr Dunne.

“Additionally, they are a huge cost to the council, green spaces are destroyed and there can be elements of anti-social behaviour associated with them.”

As reported in The Echo last week, over the last two years South Dublin County Council spent a total of €305,000 to clean up materials and waste associated with Halloween and bonfires.

In a bid to tackle anti-social behaviour that usually occurs at Halloween, funding has been provided for community-based activities which are intended to divert children and young adults away from bonfires.

Cllr Dunne told The Echo: “The council does a huge amount of work with the community for Halloween events, but those events don’t engage teenagers who engage in [anti-social] activities.”

In the motion submitted to the council, Cllr Dunne stated: “Many of the disturbances occur not because of malicious intent but can often be attributed to a lack of viable alternatives, and our cultural and traditional association with bonfires during this time of year.

“As an option, this Area Committee calls on the Chief Executive to look at the possibility of hosting and facilitating alternative activities for our younger Citizens of the County, specifically teenagers, to start planning to hold a pilot Halloween evening event/concert in the stadium for 2022.

“This should be done in consultation and engagement with youth groups/Garda Youth Diversion Projects.

“This consultation process could also be potentially used to form more meaningful engagement with youth who are otherwise disengaged from their community.”

In response, the council told Cllr Dunne that they are willing to enter discussions about her proposal, and she is planning to bring the motion forward to next month’s full meeting of South Dublin County Council.

NEWER POSTPhilip Cairns: The boy who never came home
OLDER POSTPriest rescued 500 dogs and cats off the streets in Texas