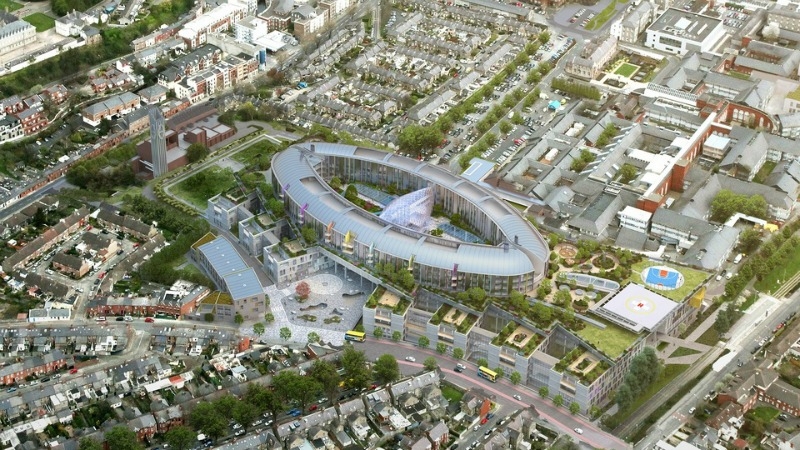 CALLs have been made for a “rethink” of the name Phoenix for the paediatric outpatients and urgent care centre planned for the grounds of Tallaght Hospital – which is not scheduled to open until 2020.

Last Monday, An Taoiseach, Leo Varadkar TD, and the Minister for Health, Simon Harris TD turned the first sod on the new paediatric outpatients and urgent care centre at Connolly Hospital in Blanchards-town – which, alongside Tallaght, will be home to a satellite clinic of the new National Children’s Hospital at St James’s.

During the sod-turning, the name for the Children’s Hospital Group, which will include the new children’s hospital, the two paediatric satellite clinics and the three existing paediatric hospitals, was revealed as Phoenix Children’s Health.

Commenting, CEO of the now-named Phoenix Children’s Health, Eilish Hardiman, said; “I am proud to announce and share our name with you all today.

“I would like to thank the Naming Steering Group who worked tirelessly throughout a comprehen-sive and creative process.

“They have taken on board the input, views and guidance from a number of focus groups held with staff, children and young people and services users whose input into their process was extremely valuable.

“The ability to deliver our services is 100 per cent dependent on the talent and commitment of our staff and therefore for the name to come from within is fitting.”

However, the proposed name for the new paediatric hospital has been rejected by the medical board of the three children’s hospital.

Members of the Joint Medical Board, which comprises all three children’s hospitals in Tallaght, Crumlin and Temple Street, voted against the name.

It also said the name is ‘very insensitive’ to the families of children whose organs were retained and subsequently incinerated, and would serve as a constant reminder.

According to Tallaght Central councillor Charlie O’Connor (Fianna Fáil) he has received calls concerning the name.

He said Phoenix Children’s at Tallaght “makes no sense”, with some commenting that it is difficult to spell and remember.

He said: “I hope the matter could be the subject of a rethink and I am encouraging the public in Tallaght to make views known.”

Cllr O’ Connor also expressed his disappointment that the satellite clinic at Tallaght would not be scheduled to open until 2020 – one year after Connolly.

The new facility at Connolly is expected to operational in the summer of 2019, with a twin facility opening at Tallaght Hospital in 2020.