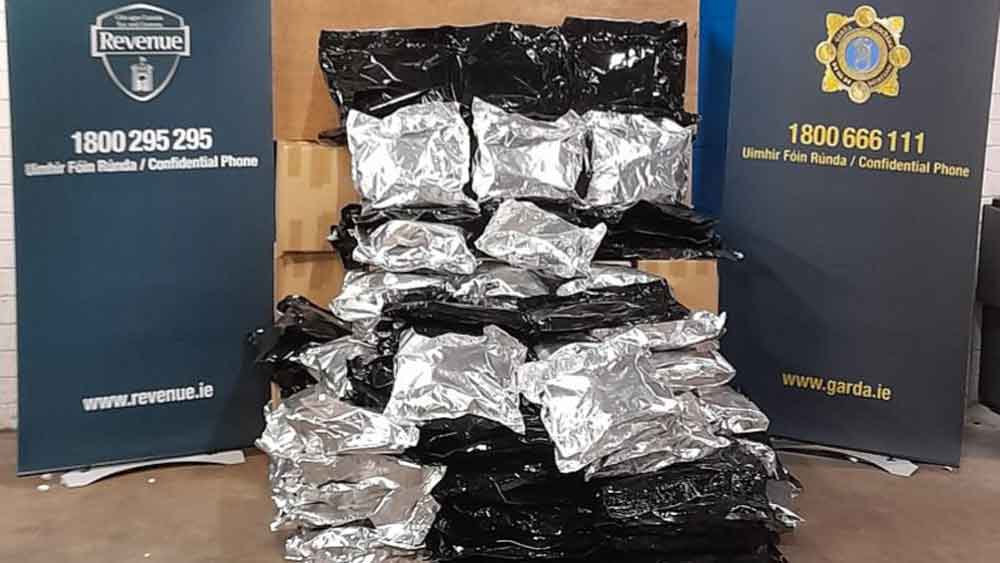 During the course of the operation, a vehicle was stopped and searched in the Clondalkin area (Image: An Garda Siochana)

A MAN has been arrested following a drug search in Clondalkin yesterday where cannabis resin and cannabis herb with an estimated street value of €1,630,000 was seized.

On Thursday January 6, as part of ongoing investigations targeting persons suspected of involvement with an organised crime group operating in the Dublin and Meath area, a joint operation was conducted by personnel attached to the Garda National Drugs & Organised Crime Bureau (GNDOCB) and Revenue Customs Service.

During the course of this operation, a vehicle was stopped and searched in the Clondalkin area.

According to a Garda statement released, up to 155 kilograms of cannabis resin and 35 kilograms of herbal cannabis with an estimated street value of €1.63m was seized by Revenue officers.

Gardai arrested a 33 year-old man at the scene. He is currently detained at Ronanstown Garda Station.