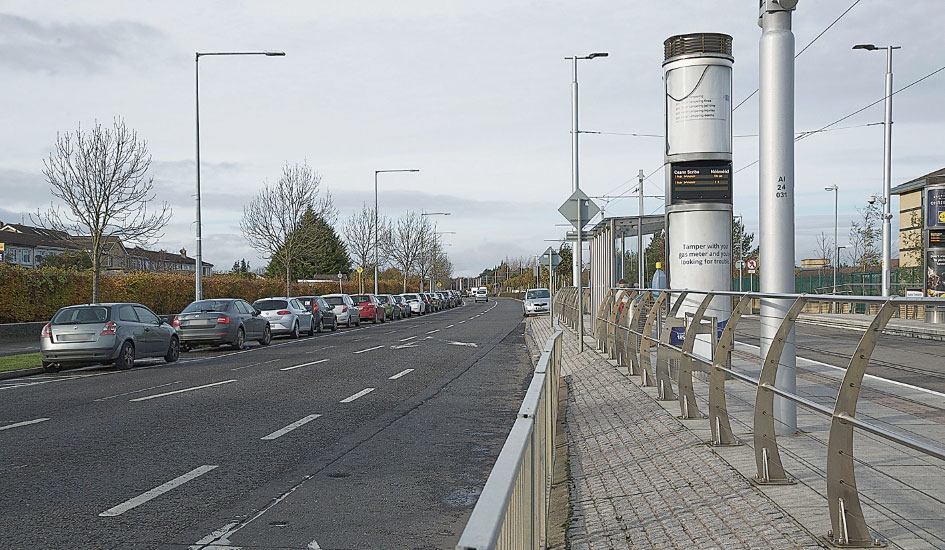 RESIDENTS who live near Luas stops in Springfield, Kilnamanagh, Kingswood and Belgard have raised concerns about the possibility that some Luas commuters have been parking their cars on the roads leading into residents’ estates.

One particular area of concern is the road leading to the roundabout on the ring road in Kilnamanagh.

Fianna Fáil councillor Charlie O’Connor told The Echo: “In all of those estates, on any day, you will see a lot of parking.

“People are using the Luas because it’s handy and popular, but I have no evidence of where the cars are coming from to park.

“I’ve been getting calls about this from local residents, and I have raised the issue with council management.”

Cllr O’Connor added that while double yellow lines may be considered a solution to the issue of parking in these areas, he believes that this would instead lead to people parking further into the various estates in the area.

A spokesperson for South Dublin County Council said: “The traffic engineers have investigated this matter, and while there is a degree of all-day parking in these estates, the cars are not causing any problems to home-owners regarding access and egress from their properties.

“As these are public roads, the council cannot restrict parking to those living in these estates.

“If cars are in breach of the Road Traffic Acts, the matter should be referred to An Garda Síochána for enforcement.

“The area may be considered for Traffic Management Solutions, i.e. Pay and Display. However, the residents would need to be consulted in this regard. The situation continues to be monitored.”