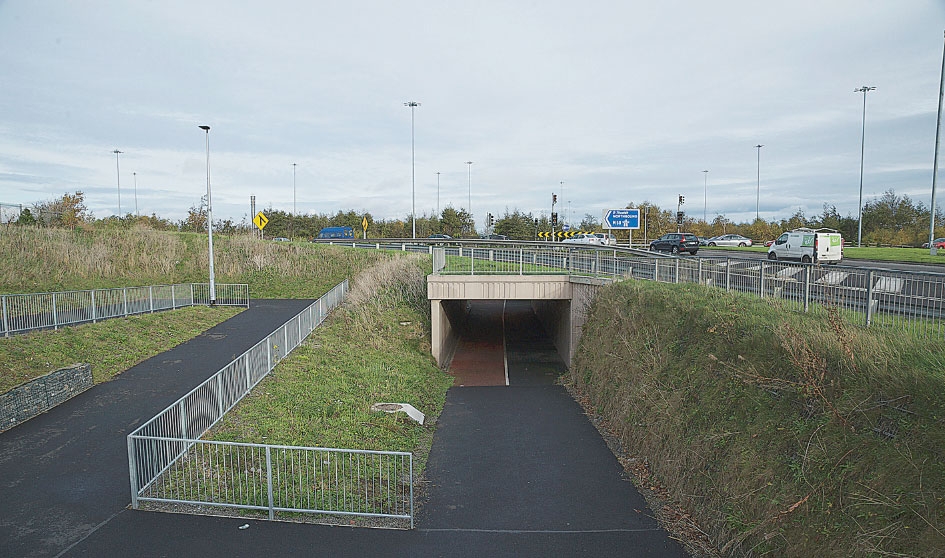 A LOCAL councillor has blasted the “mindless morons” who lit a number of fires underneath the underpass at the N81-M50 Balrothery Interchange in Tallaght, leading to resurfacing works being carried out on the recently built cycle track that is located within the underpass.

The cycle track will be temporarily closed from Monday, November 27 to Monday, December 4 inclusive to facilitate the resurfacing works.

Labour councillor Mick Duff told The Echo: “I’m glad the council are responding to this by resurfacing the track, it’s appalling to think that people without any thought whatsoever would go and light a fire there.

“The underpass is for the safe passage of people, to think that some mindless morons would do this is beyond belief.”

Cllr Duff added that he plans to raise the matter with the council, by suggesting that CCTV cameras get installed in the area where the vandalism took place as “the cost of repairs will certainly outstrip the cost of CCTV.”

A spokesperson for South Dublin County Council said: “The cycle track has unfortunately been badly damaged by vandals who have lit a number of fires in the underpass.

“As a result, we feel it is important to resurface the cycle track.

“These works will be funded by the National Transport Authority, and we have in addition a programme of resurfacing works throughout the County.”

Cyclists who are affected by the resurfacing works can use an alternative route through Tymon Park, and the detour will be in operation from 10am to 4pm from Monday to Friday, and from 8am to 4pm on Saturday.

Local access will be maintained and detour signs will be erected.