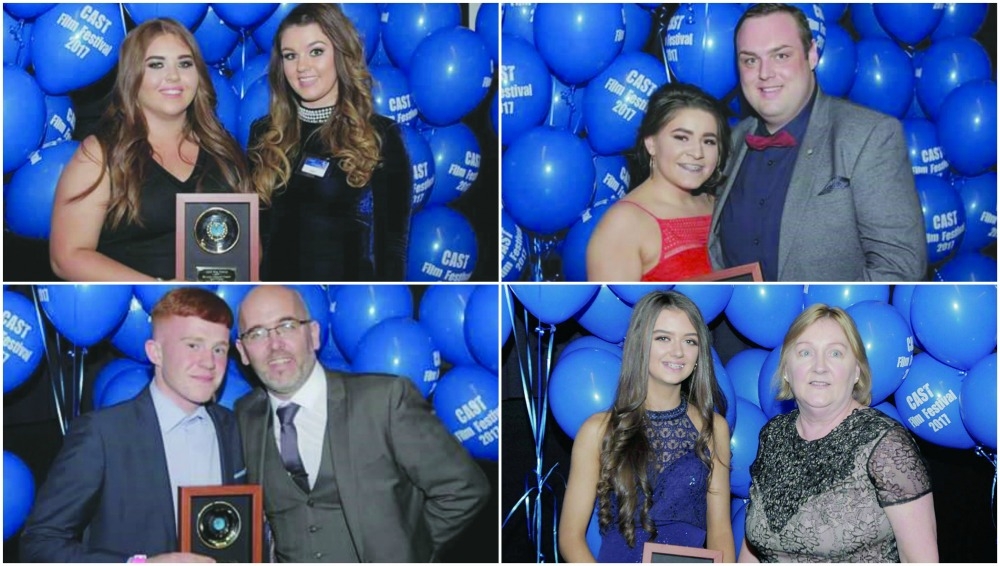 A CLONDALKIN teenager won the best actress award at this year’s CAST Film Festival, which celebrates films made by youth groups that confront social issues.

Deansrath Community College student Chloe O’Connor, 15, won the best actress award for her performance in the short film ‘Let Yourself Shine’, which confronted the issues around coping with anxiety and mental health difficulties.

The short film, which was made by members of Clondalkin Youth Service, was selected out of 2,000 entries tomake it to the final of the awards.

Chloe told The Echo that winning the best actress award was “a huge surprise, it was amazing.”

The team behind ‘Let Yourself Shine’ also won a number of other awards on the night, with Taylor Graham collecting the award for best community film and Reece Ward being awarded best achievement in music.

Describing the atmosphere on the night of the awards, Chloe said: “Everybody looked lovely and we were all dressed-up, it was so exciting.”

Chloe explained that she has always had an interest in acting since childhood, but that she took away more than just fine-tuned acting skills from her performance in ‘Let Yourself Shine’, adding: “It helped me to learn about mental health.”

Clondalkin Youth Service also saw success with the film ‘Grand’, which was submitted by another group from the service, which saw Kate Gregg collect the award for best use of ICT.

You can see both films on the youth service’s facebook page, Clondalkin Youth Service.