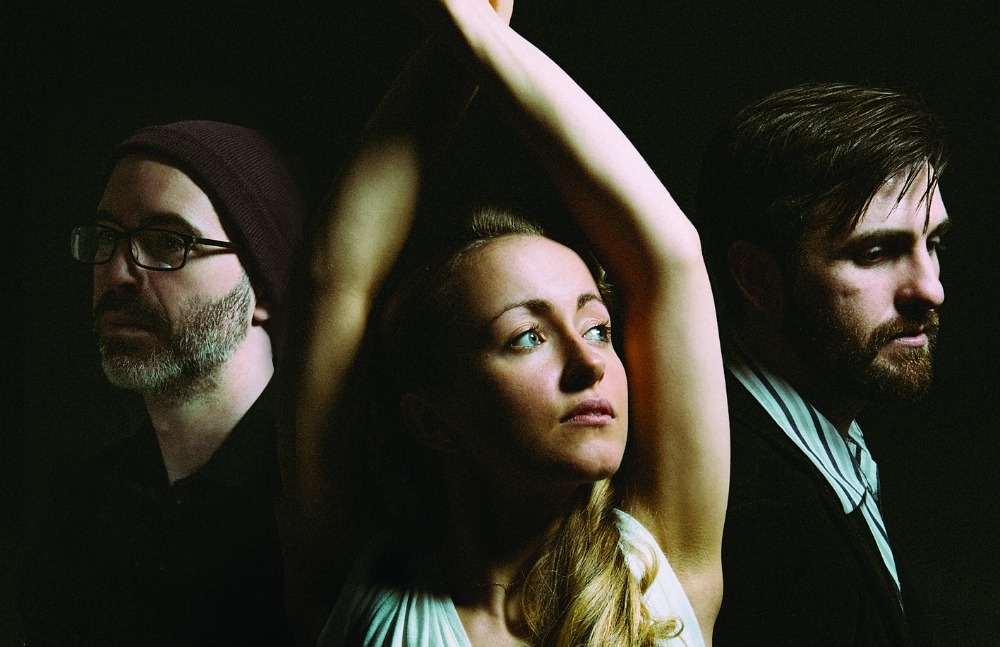 The band released their debut EP last year and were nominated for best newcomer at the 2016 Pure M Awards.

Now the Dublin-based trio are focusing on the release of their new single ‘Dahlia’, alongside preparing for a string of upcoming tour dates around the country which will see them take to the Civic Theatre stage.

The band’s fiddle player, Hannah Ryan, took some time out to speak The Echo about the band’s upcoming EP release and Civic Theatre performance.

You’ll be releasing your second EP this month, what can you tell us about it?

I think it will undoubtedly be compared to our first EP, which is definitely on our minds. Sometimes that can be distracting because we don’t want to repeat ourselves, but we also want to stay true to what we’re doing.

I think people will find it different, a little more experimental and detailed, and a little more upbeat. These tracks are definitely a contrast, but hopefully they are still ‘Pilcrow’ enough for our existing fans to stay with us.

How has working on this EP compared to working on your debut last year?

We’ve taken advantage of what a studio can offer in terms of layering, etc, while our last EP was very raw and acoustic – almost like a live recording.

I think time pressure has been the only real issue, we’re all very busy with work and side projects, because working together is a pleasure and way too easy!

We’re very lucky that we connect so well and can be open and honest when writing and working on songs together so it’s very similar to working last year, it’s exciting and engaging.

Last year we worked with a different cello player, Kevin O’Brien so we’ve had that change. It’s great working with our new cello player Rob though, and the transition was really smooth.

You have a very stripped back sound, how does that translate to the stage?

What you hear in our existing recordings is pretty much what you’ll hear on stage. As I said, our first EP might as well have been a live recording.

I think there’s something extra when you hear these songs live, we are constantly told that the sound is quite big, as if there are more than three of us. There’s always something really special about live music though.

You recently performed as a support act to Tallaght musician Luke Clerkin when he played Whelan’s, what was that experience like?

It was amazing! Luke is great and sold a lot of tickets to pack the place. The sound engineer was class with our music and it’s always exciting to be playing in Whelan’s where so many legends have played before us. Thank you, Luke!

Do you have a favourite song to perform? Why?

I think we will each have a different answer for that but as a band I think at the moment our new single ‘Dahlia’ is the collective favourite.

It’s a lot more energetic than anything we’ve done before and I think we have a lot of fun letting loose with it. My favourite song to play off our first EP is probably ‘Part of You Died’ because I just love to sing harmony, and the song is great!

What’s the most interesting venue you’ve played in so far?

So many! That really is a difficult question. Ireland has so much character and its venues really reflect that.

The ones that stick out for the band and not just me I imagine are, Doyles for the Ruby Sessions, Smock Alley, Connolly’s of Leap, Christchurch Cathedral, the Body and Soul Stage… it’s so hard to choose just one or two! I imagine we would all agree on The Ruby Sessions.

What can the Civic Theatre audience expect from your show?

They can expect our old tracks, our new tracks and some visual art. Without giving too much away, there will be lots of arty surprises, movement and otherwise..whatever that means, come see for yourselves.

Pine the Pilcrow play the Civic Theatre on June 24, tickets are €16 or €14 concession. Follow Pine The Pilcrow on Facebook for more information.