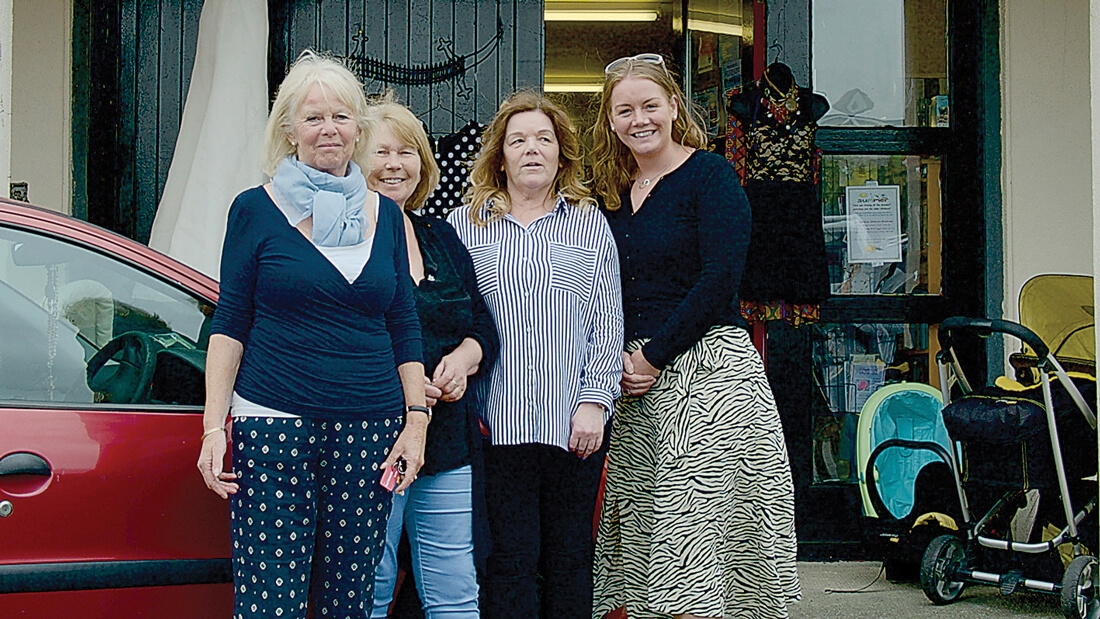 THE MANNA charity shop in Brookfield is facing the prospect of closure at the end of July as they’re struggling to pay the rates for their shop, reports Aideen O’Flaherty.

The shop’s volunteer manager said that it would be “illogical” for the shop to stay open, as all the money they raise would have to be used to pay the rates.

The Manna Shop was set up by the YMCA and John McEvoy from the Tallaght Family Church seven years ago, as a way of helping the community by selling items, including Communion dresses and baby clothes, at affordable prices.

The money raised in the shop is then put into tailored intervention activities for all parents and children living in the area, including the Oasis Counselling Centre and YMCA’s PAKT (Parents and Kids Together) programme.

However, the shop’s volunteer manager, Linda Dible, has said that the shop incurs a fee of €1,200 per year in rates, while the charity is usually left with €1,600 at the end of the year after paying their rent and electricity bills, and she’s calling for the shop to receive an exemption from paying rates.

“It’s illogical for us to stay open if we will be using the money we’ve raised just to pay rates.

“We’ve a very loyal customer base, and our prices are rock-bottom.

“We’re here to help people. We’ve helped people who are homeless, we’ve helped members of the Travelling community, and people who’ve had fires in their homes.

“We also give employment and training to women from the local area, and we offer work experience for girls in local schools.”

The shop is staffed by a small team of volunteers and Tús and CE workers, who are on-hand to help customers during the shops opening hours of 10am to 2pm every weekday.

The volunteers said they’ll be “devastated” by the closure of the shop, and Ms Dible expects that the shop will shut its doors for the last time on July 31.

She added: “We’ll be closing at the end of July, unless we get a miracle – all of this may be more than we can cope with.

“The shop is a special space for people to share their concerns or worries. People come in to wander, to browse, to chat or to grab a bargain.

“We are here because we want to make a difference, and because we believe in what we’re doing.

“The chain charity shops have a bigger footfall and are taking in more money, but we’re just not making enough to pay the rates.”

Ms Dible is appealing to local politicians and members of the community to help them to try to get a rates exemption because of their not-for-profit status, or for reduced rates so that it’s more affordable for the shop.

A South Dublin County Council spokesperson said: “Once the Valuation Office have determined the valuation of a property the local authority has no discretion in amending that valuation.

“It should be noted that all valuations for all properties within South Dublin County Council’s administrative area were revalued in 2017 and organisations who were unhappy with their assessment had the right to appeal that assessment if they were of the opinion that their assessment was unfair, inaccurate or disproportionate.

“If an organisation feels that they have had a material change of circumstances since the revaluation process they may apply to the Valuation Office to request a revision of their commercial rates and South Dublin County Council will assist with this process in any way possible.