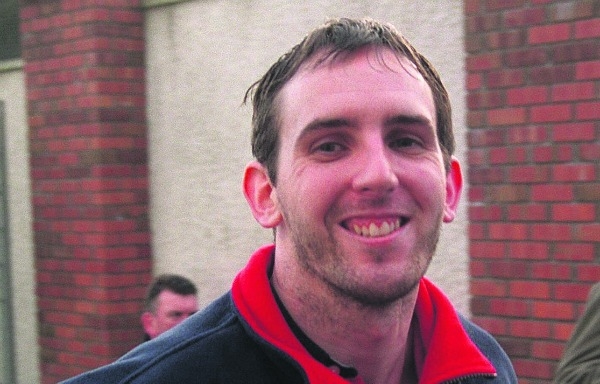 CHILDREN took camera-phone pictures of murder victim Alan Desmond days before Gardaí were informed of the location of his body. One mother told an inquest into his death that the children were afraid they would be in trouble if they contacted Gardaí.

Denise Warner told Dublin Coroner’s Court that her 11-year-old son returned from playing in fields with friends at Killinarden Hill, Tallaght, Dublin 24 on May 18 2013 and said, “the man is still lying there”.

The body of Alan Desmond (37), of Kilclare Ave, Tallaght, was discovered among shrubs and undergrowth in fields to the rear of a secluded, abandoned farmhouse, located about 800m off a country lane.

Denise Desmond said she had visited the site a number of times where her brother’s body was found.
“I’ve been up there – I go up there every anniversary,” she said.

Alan Desmond’s last known movements were to leave the home he shared with his mother at Kilclare Avenue on the night of April 29, 2013.

Denise Desmond told Coroner Dr Brian Farrell that their mother Mary Desmond passed away in July 2015. Witness Ambrose Kilpatrick, who was going out with Mary Desmond, said he heard Alan Desmond leaving the house that night.

“I never really spoke to him much – I saw him occasionally. He stayed in his bedroom a lot. He would come down for dinner and go back up again. Alan kept himself to himself,” Mr Kilpatrick said.

He said he heard Alan Desmond go out that night around 10pm. “I didn’t see him, just heard the door close,” he said.
Denise Warner said her son returned from playing in the fields at Killinarden Hill around 8.35pm on Saturday, May 18.

“He said a friend had taken pictures on her phone. He said they’d seen him (the deceased’s body) the previous Wednesday but were afraid to ring the guards in case they would be in trouble,” she said.

Ms Warner said she explained to her son that the dead man’s family would want to know where he was. She phoned Tallaght garda station and Garda Brian O’Connor, who was on patrol in the area, called to her home and asked her son to show the gardaí what he’d seen.

Denise Desmond asked Ms Warner if her son was okay. She wept as Ms Warner explained that the boy was fine, he had tough days, but had received counselling.

Det Insp John Walsh said Mr Desmond’s body was found in undergrowth around two miles from his home at Kilclare Avenue and Gardaí believe he was killed at the scene. More than 100 statements were taken and over 300 lines of enquiry followed but Mr Desmond’s murder remains unsolved.

“His phone deactivated on May 2 and we believe he was deceased prior to that,” Det Insp Walsh told the court.
Asked if there were any threats to Mr Desmond’s life, Det Insp Walsh replied “not that we are aware of”.

The cause of death was a single gunshot wound to the back of the head from what is believed to have been a handgun. In her postmortem report, pathologist Prof Marie Cassidy said the bullet passed through the brain and exited through the front of the head. She found no other injuries on the body.

“There was no evidence he’d been gripped, grabbed, restrained or dragged,” the coroner said.

No murder weapon has been found and the coroner appealed for anyone with information to come forward. The jury returned verdict of unlawful killing by a person or persons unknown.