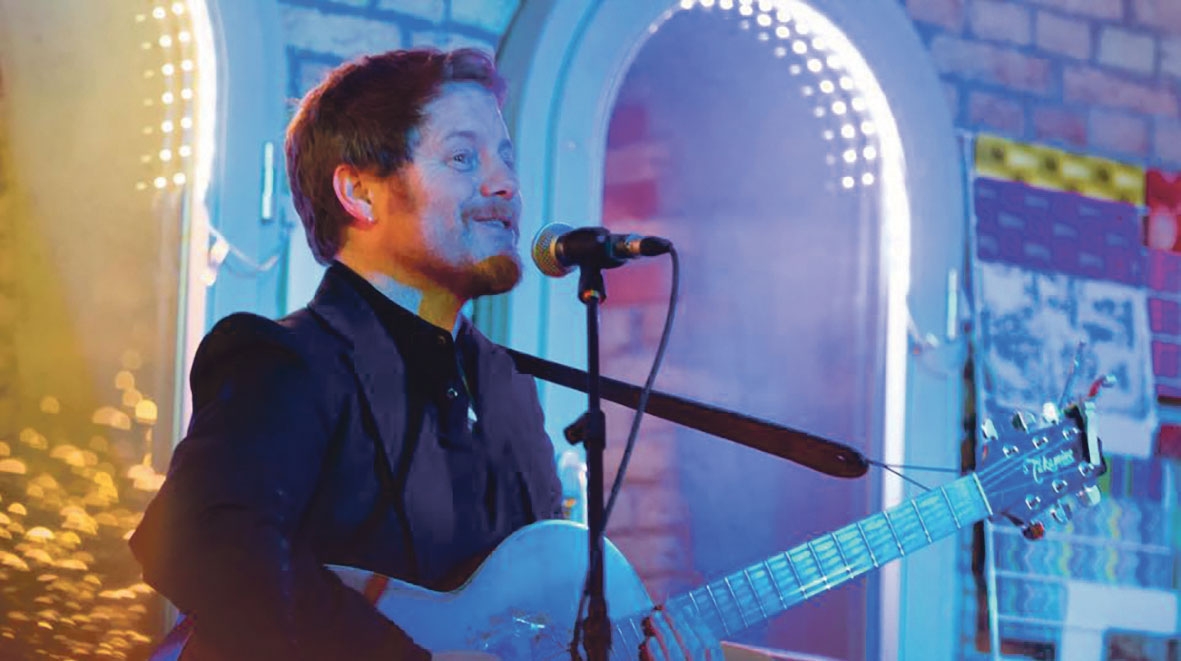 A TALLAGHT musician is behind an Austrian music festival that will explore the strong Celtic links between Ireland, Scotland and Austria this winter.

Vienna-based indie folk musician Shane Ó Fearghail, who is a past pupil of Tallaght Community School, set up the first Schottenfest last year and it is now set to return to the Austrian capital later this month following the success of last year’s festival.

This December Shane will play a show in St Maelruain’s Church in a special performance, where the seasoned musician who has released three albums will bring his captivating sound to a hometown crowd.

Shane took some time out during a busy tour in Germany to speak to his local paper about the links between Austria and Ireland, being a musician in Vienna and his excitement about playing in St Maelruain’s Church.

Can you remember what the first song you wrote was like?

I can remember it very well, in fact. It was written on the 65 bus from Tallaght into town many years ago. It was written about a close friend, but no names shall be mentioned! I played it for them, and let’s just say it had the desired effect. I thought, ‘I might be onto something here!’

Has Irish folklore and mythology always influenced your songwriting?

It’s a huge influence, it’s something that was always there. As a child I loved the old stories and songs. Bridget, my great-granny, passed down the legacy of telling stories around the fire in Ballyfermot, she was an old Dubliner. Olive, my granny, was a wild one for the stories and for the sing songs also – so yeah, it’s in the blood. Irish mythology and folklore is a connection for me and the more I travel, the more important it becomes.

Why do you think Vienna is such an attractive destination for musicians?

For me, the fact that there is a lovely lady here of an Austrian background has absolutely nothing to do with it [laughs]. The truth is Vienna is a beautiful city. It’s artistic, historical, musical and it is architecturally stunning.  It’s always had something, and right now it seems the city is developing a good scene – there are a lot of songwriters passing through. With some co-writers here, we’ve set up the Vienna Songwriting Circle to encourage that and promote the craft.

The second Schottenfest will take place this year, can you tell me a bit about the festival?

The Schottenfest is a cultural and musical festival that focuses on the historical links between Ireland, Scotland and Austria. Irish monks founded the Schottenstift monastery in the centre of the city in 1156, and it was an event that has had such an important impact on Vienna. Irish monks were teaching and administering to the people of the city for almost 250 years, and the University of Vienna grew up around this monastery.  The festival will celebrate that, with artists from Ireland and Scotland performing at the festival. Most notably, we will have Mick Flannery, John Spillane, Grainne Hunt and the Tallaght Songwriting Circle, which I was a founding member of.

What prompted you to set up Schottenfest?

Not many people know this, but most of the Austrian patron saints are Irish. There is a legacy there all through Europe during the Middle Ages, it wasn’t just in Vienna that these monks set up monasteries. With the Schottenfest we wanted to highlight that fact and re-introduce Vienna and Austria to its past – a past that the Irish played such an important role in.

You’ll be playing in St Maelruain’s Church in Tallaght this December, how do you feel about playing a show in a place that’s so close to where you grew up?

St Maelruain’s is an amazing church. It’s in the heart of Tallaght, and being from Tallaght and being very proud of where I’m from, it makes perfect sense. I’ve been fortunate enough that Reverend William Deverell was kind enough to afford me that opportunity. In an interesting twist of fate, it also feels that in playing St Maelruain’s, the story has come full circle. Strangely enough, the monks that founded the church in the same grounds, St Aonghus and crew, would in fact have studied and come from the very same monasteries as those Irish monks that set off into the dark ages to found sister houses across Europe.

Tickets for Shane’s performance in St Maelruain’s on December 14 will be available for €15 on the door, and support will be from The Yukons. To find out more about Shane’s music and Schottenfest, visit www.shaneofearghail.com