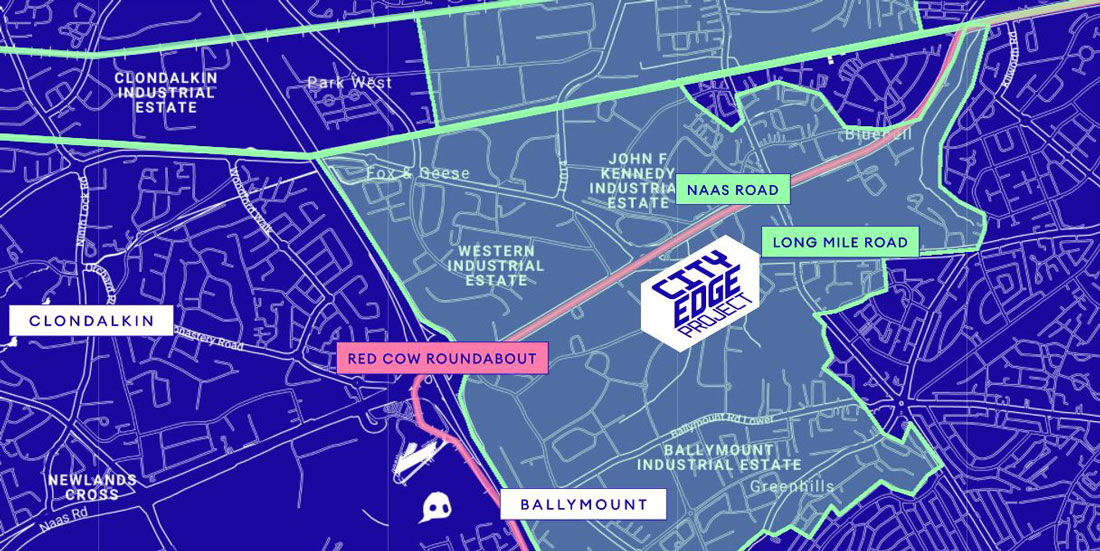 SOME 700 hectares of land in the Naas Road, Ballymount and Park West area is set to become one of Europe’s largest regeneration projects, with the future potential to accommodate up to 75,000 jobs and 40,000 homes.

As part of a national strategy to regenerate the city, South Dublin County Council and Dublin City Council are working together on a long-term, extensive urban regeneration plan called the City Edge Project.

The project focuses on the western edge of Dublin city centre, and 700 hectares of land in the Naas Road, Ballymount and Park West areas.

According to information released on the collaborative project: “The City Edge project is set to become one of Europe’s largest urban regeneration projects and an attractive extension of the city for people to live, work and socialise.

“Today, this area is a cornerstone of the Dublin economy’ with some 1,500 businesses employing 25,000 people, alongside well-established residential communities of 5,000 people, but today much of these lands are underutilised.”

City Edge steering committee member and Director of Planning and Transport at South Dublin County Council, Mick Mulhern said the project has “the potential to become one of the most transformational regeneration programmes” ever progressed in Ireland.

“Today the area is a vibrant and important piece of Dublin but at over 700 hectares there is scope to use this land more intensely to support an expansion of the city and to provide space for up 75,000 jobs and 40,000 homes”, Mr Mulhern said.

An internal masterplan team has been selected to carry out a detailed study of the area and to produce a ‘vision for the future’ for this area of Dublin.

To help shape this work, South Dublin County Council and Dublin City Council are staging a four-week, phase one public consultation from this Thursday, September 9, to October 6.

The project team is seeking the public’s views on how this ‘significant part of the city should evolve’.

Both councils will together host live online events, including the City Edge International Conference on September 29 and 30.

Specific online events focused on the City Edge Emerging Concept Plan will also be held on September 22 at 3pm and September 30 at 7pm.

Display information on City Edge, online events and how to make a submission are available on a dedicated City Edge project website HERE