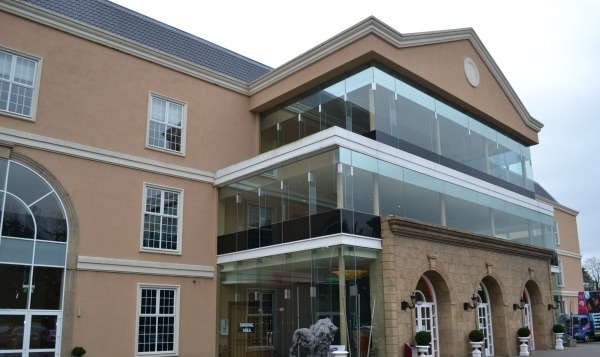 Citywest get go ahead to increase conference centre capacity by almost 2,000 despite safety concerns

CITYWEST Hotel have received planning permission to substantially increase the capacity of the conference centre to host public concerts – from 4,000 patrons to 6,000 patrons.

The conference centre can currently hold up to 4,161 patrons – this proposal represents a 44 per cent increase in capacity for the busy Saggart premises.

The late Jim Mansfield’s wife Ann Mansfield, and a construction firm who carried out work on the City West Hotel, objected to South Dublin County Council over the plans, which were lodged by Cape Wraith Hotel Ltd last December.

Ms Mansfield, who lives approximately 140 metres from the conference centre in Tassaggart House, says the “centre was not built in accordance with the plans and particulars”, and “no consideration has been given to the noise that 6,000 people would generate.”

In his submission to council planners in January, Mr O’Connor said his company carried out the “construction of the superstructure and part of the internal fit out”, and that “it had not been certified in compliance with building regulations” when receivers took over.

The hotel was developed and owned by business man Jim Mansfield for 18 years, until 2010, when receivers were appointed on foot of a request by Bank of Ireland.

Mansfield passed away in 2014, and later that year, property investment firm Brehon Capital bought the Citywest Hotel for a reported €29 million.

Mr O’Connor wrote to receiver Martin Ferris and Associates in 2010 and 2011 to “inform him of our concerns” and “never received a reply.”

In her submission, Ms Mansfield cited conditions of an agreement entered into with SDCC by the receiver prior to the purchase of the lands, which limits the number of patrons within the convention centre to its current level.

A local resident objected, citing “traffic chaos” anytime there is a major event at the centre.

The hotel comprises of 764 bedrooms, and at one point was believed to be worth in excess of €100m.

Additional facilities at Citywest include large conference facilities, leisure centre, golf course, and car parking for up to 2,500 cars.

The planning application also includes proposals for an additional 171 car parking spaces, and improvement works to the junction at Fortunestown Lane and Garters Lane.