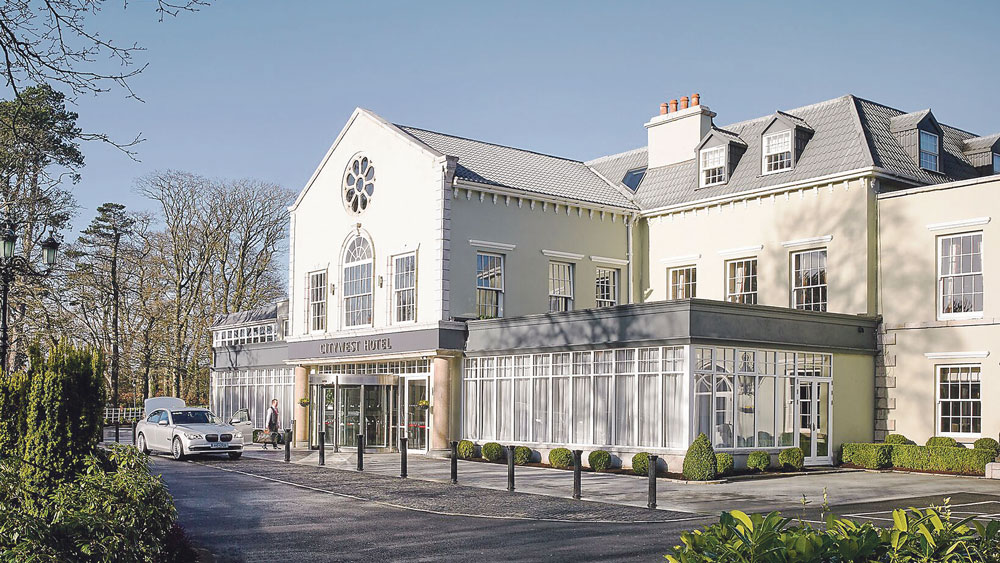 Citywest Hotel will not reopen to guests until 2022

CITYWEST Hotel will not be reopening to guests until 2022 due to its continuing role as an isolation centre for the HSE.

A spokesman for the Citywest Hotel Group confirmed the HSE contract has been extended and is not due to expire until early 2022.

New accounts show that the Citywest hotel group returned to an operating profit last year after the initial €21 million deal with the HSE to use the hotel as a Covid-19 isolation centre.

The 756 bedroom hotel temporarily ceased to operate as a hotel in March 2020 and in recent months has also operated as one of the HSE’s main vaccination centres.

Accounts filed by Alva Glen Investments Ltd and subsidiaries show the Citywest Hotel Group recorded an operating profit of €3.34 million for 2020 after recording an operating loss of €222,599 in 2019.

Hotel firms here are generally reporting a 70 per cent to 80 per cent drop in revenues for last year due to Covid-19 shutdowns.

However, revenues at the Tetrarch Capital-owned Citywest Hotel Group declined by only 7.5 per cent from €30.6 million to €28.3 million last year that included revenues from the HSE deal.

The directors state that the group had significant capital costs in respect of the HSE licence agreement.

They also reveal that “the HSE had an option to occupy another building in the Citywest campus which the group made fit for habitation at a cost of several million euro, however, the HSE did not ultimately take up this option”.

The directors state that they have not availed of any Government supports in relation to Covid-19 in 2020.

According to the HSE last week, 428,622 Covid-19 vaccines have been administered in the Citywest Vaccination Centre since opening on March 3.

The Citywest facility is currently being used for vaccination, testing and self-isolation.