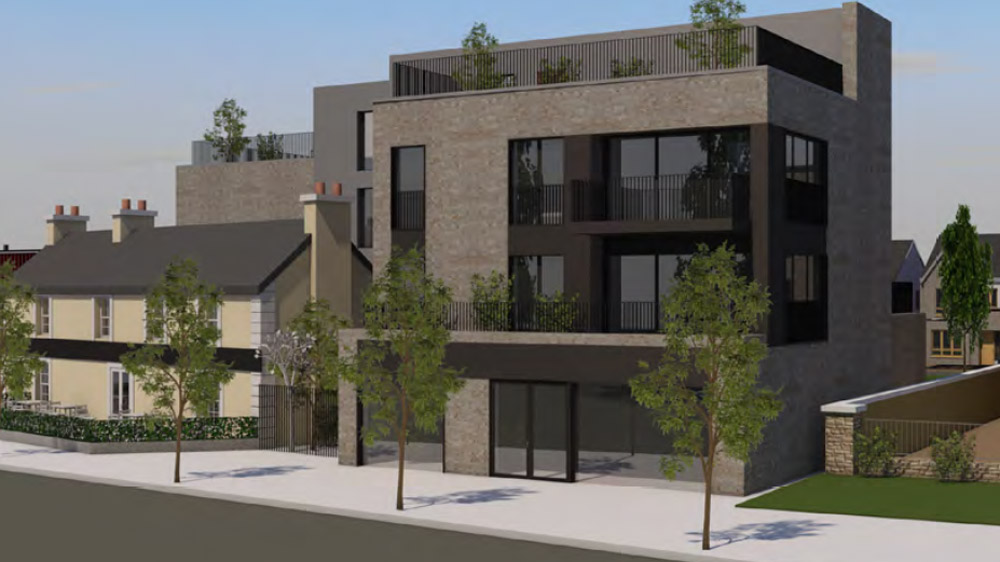 An artist impression of the Cuckoo’s Nest

SOUTH Dublin County Council has requested clarification of additional information submitted in relation to the extension and renovation of the Cuckoo’s Nest pub on the Greenhills Road.

Pub owner Brian Mulvaney lodged the plans, which consist of the extension and renovation of the Cuckoo’s Nest public house and also retaining the original front of the building, last June.

The proposal includes the re-establishment of a public/gastro pub at ground and first floor level, and the construction of a three- and four-storey building to the side and rear of the existing building.

Last August, the council requested additional information from Mr Mulvaney on a number of aspects of the development.

The requested information included details on how the development could support bicycle infrastructure and pedestrian priority infrastructure on the Old Greenhills Road.

Information about the relationship between the apartment aspect of the proposed development and the existing Temple Court apartments, is also requested.

The council requested this “to establish that the occupants of the new development will not suffer a lack of privacy given the location of kitchen”, stated the council.

The clarification includes a request for “greater detail about proposals to mitigate the absence of public open space provision on site”.

The council has also requested a revised drawing showing increased surface water attenuation by 10 per cent compared to the previously submitted document as it is “undersized”.

The applicant is requested to submit clarification on how car parking would be allocated and managed appropriately so as to ensure there is no conflict between the uses for car parking spaces.

The applicant now has six months from the date of the council’s request to supply the documents clarifying the additional information.

Developers Brian and Jimmy Mulvaney are heading up the proposed development of the pub, to add to their portfolio of pubs, including the Castle pub in Rathfarnham and Molloy’s on Talbot Street.

The brothers, from St Peter’s Crescent in Walkinstown, purchased the pub in July 2021, for a sum believed to be in the region of €1.2 million.

They bought it from the previous owner, Michael Keogh, who built the Temple Woods housing development on the site.

Speaking to The Echo in February 2022, Jimmy Mulvaney said: “We are hoping construction work starts by the end of March early April.

“It would be our aim to get the pub open hopefully for St Patrick’s Day 2023 but there is a lot of work ahead of us.”

The Cuckoo’s Nest pub ceased trading in 2015, after being run by the Lynch family for more than 50 years.

NEWER POSTPlans for 100 residential units lodged for former Linders site
OLDER POST€8.2m budget set aside for roadworks around the county