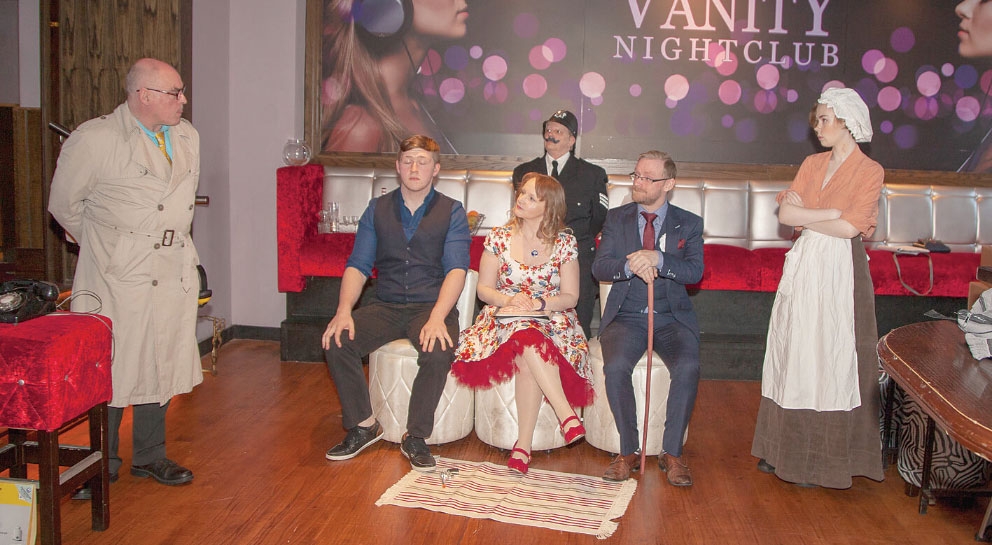 THE audience for Clondalkin Drama Group’s upcoming performance will need to don their thinking caps to unravel the murder mystery at the centre of ‘Inspector Drake’s Last Case’.

A cast of ten will bring to life the story of an elderly woman who is murdered, leading to the fingers of suspicion being pointed at everyone who was in vicinity of the woman in her final hours, as the play, which was written by David Tristram, becomes filled with comedic twists and turns.

The drama group, which has been active in the area for over 60 years, will be bringing their performance to Quinlan’s Black Lion Pub on Orchard Road in Clondalkin Village for five nights this month, with a limited capacity of 50 seats each night.

Cianna Bramble from Clondalkin Drama Group told The Echo: “The play is a comedic take on the typical murder mystery.

“We had a read-through of some plays back in February, and we picked ‘Inspector Drake’s Last Case’ because every single one of us was crying with laughter at every line.”

Cianna added: “It’s a mad little play, the majority of the play is trying to look for the clues to solve the murder mystery and trying to engage the audience in it too.”

Rehearsals for the play are progressing well, with almost all of the cast going off-script, and now the focus is on ensuring that the audience enjoys the play just as much as the cast enjoys performing it.

Cianna said: “We hope that the audience finds the play hilarious, it’s very hard not to laugh. They should be prepared to have a sore stomach from laughing so much!”

The play, which is suitable for ages 12 and up, will take place in Quinlan’s Black Lion Pub in Clondalkin on Tuesday, May 22, Wednesday, May 23, Thursday, May 24, Friday, May 25 and Saturday, May 26, with each performance starting at 7.30pm.

Tickets are €10, however there is a ticket special on the opening night, Tuesday, May 22, where all tickets for that performance will be half price. To find out more visit Clondalkin Drama Group’s Facebook page.