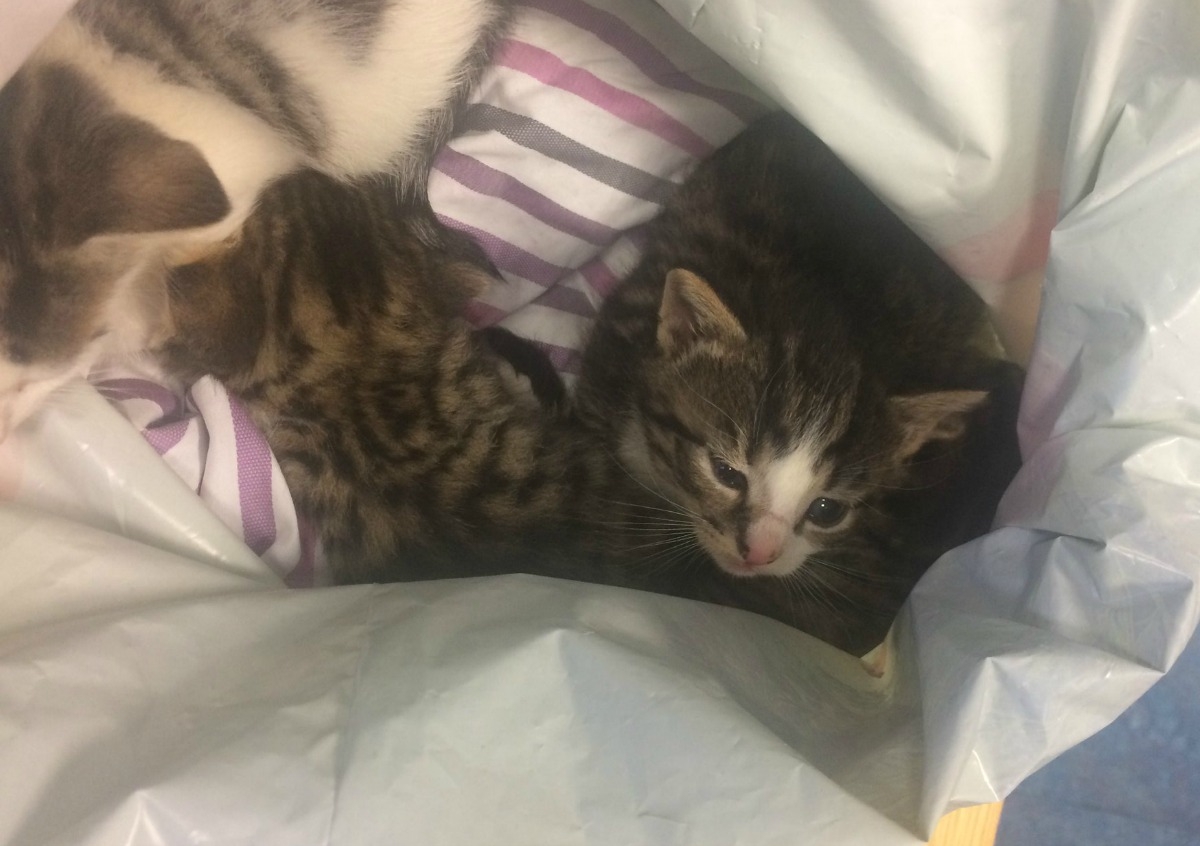 Both Gardai and Clondalkin Animal Aid have appealed to people not to abandon animals if they no longer want them after four adorable kittens were left in a bag near Clondalkin Garda station on Thursday night.

Gardai took to Twitter to ask people to “paws” before they do this and to think, while Rachel Johnston from Clondalkin Animal Aid pleaded with people to contact them rather than leaving defenceless animals on the side of the road.

4 abandoned ‘Kitty Cats’ handed into Clondalkin G/Station tonight Cat sanctuary contacted. People should ‘Paws’ before they do this pic.twitter.com/gRJzmCdz7c

Speaking with Echo.ie, Rachel said: “We are here to help in any way we can.

“These kittens could have come through us, been left directly to the station, into any vet, even a pet shop.

“There’s just no need for dumping! Also, the mother is now left wondering where her babies are and she’ll be devastated.”

Rachel is now caring for the kittens, who will be available for adoption in a couple of weeks time.

She said: “They are only four weeks old so they can’t be homed for at least another four weeks.

“They are not even able to eat alone. They really need their mother. We’re trying to syringe feed them at the moment, but they are constantly crying.

“If they hadn’t been found when they were they would never have survived the night, especially in that rain.”

Anyone interested in donating to Clondalkin Animal Aid or helping with the care of the animals can check them out on Facebook HERE.