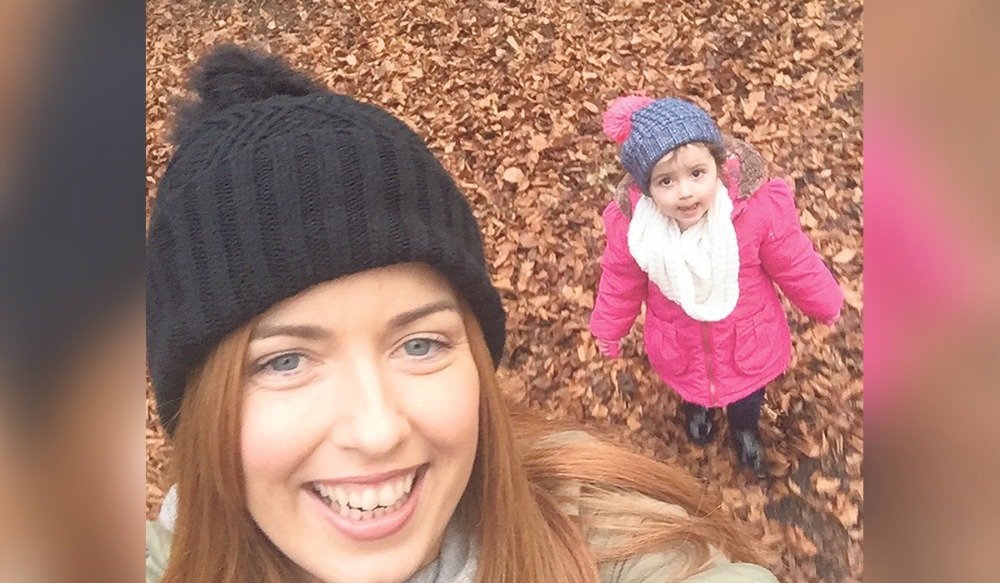 Lyndsay bares all for women’s health in Strip & Dip event

A TALLAGHT mother of two is baring all in an attempt to encourage women to know their bodies and to get checked – alongside stripping and dipping in the Irish Sea this Saturday to help raise money for children’s cancer charity, Aoibheann’s Pink Tie.

Living in Deerpark, Lyndsay Curley was diagnosed with breast cancer in January 2016 after she found a lump at the age of 31.

“I was just after getting out of the shower when I found the lump,” Lyndsay told The Echo.

“My little girl had an ear infection at the time and luckily I had a doctor’s appointment the following day and while there I asked the doctor to check the lump out.

“I didn’t think it was anything but was sent to St James’ for tests and one week later I was diagnosed with breast cancer.”

Lyndsay, who is mam to a 14-year-old boy and two-and-a-half-year-old girl, added: “I went into auto-pilot after finding out, I had to get on with it for the kids.

“Thankfully I was told that I had caught it early on, so I remained as positive as I could.”

After six months of chemo, followed by a lumpectomy and radiation, Lyndsay, who will take hormone therapy for five years, is now on the other side of cancer – and is this Saturday braving the Irish Sea, naked, to raise awareness and money for Aoibheann’s Pink Tie.

“I’m doing the Strip and Dip this Saturday and I’m so nervous!” Lyndsay said.

“Firstly I don’t swim and secondly I hate cold water, but once I get there and have the support of everybody else, I know it’ll be fun.

“Most of the women that do the dip are cancer survivors, and I hope that by taking part I can encourage women of all ages to know their bodies and to get themselves checked if they notice any changes.”

“The thought of a little kid going through cancer treatment really hit home with me when I was sick.

“I’m an adult and I struggled and it breaks my heart to think of a child going through that, so I decided to support Aoibheann’s Pink Tie.

“This is a lovely, down-to-earth charity that supports children with cancer and their families, making life that little bit easier.”

To support Lyndsay, who will strip and dip this Saturday, June 10, off an undisclosed Wicklow beach, donate on iDonate.ie [the Lyndsay Curley page].