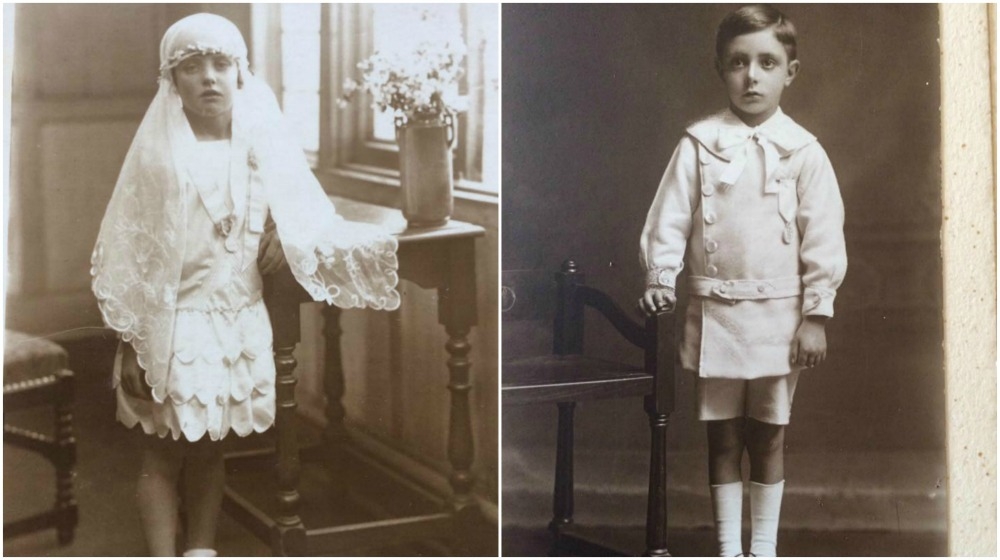 A Clondalkin man has shared stunning photographs of his parents’ First Communion in the 1920s.

Ed Murphy is a ninth generation Clondalkin native. He shared the photos on Facebook of his father Cornelius ‘Con’ Murphy and mother Rosanna Murphy from the 1920s.

Speaking to the Echo.ie, Ed spoke about his family’s contribution to Clondalkin heritage

Rosanna, photographed as an eight-year-old in 1929, was originally from Clarence Mangan Rd, Dublin 8 and met her future husband at a dance hall in Lucan.

Ed said: “He offered my mother a lift home on his bike, but she turned him down because she could drive her father’s car. He was a shift worker in the Mill so he had to wait three weeks to see her again.”

Con, pictured in 1926, grew up to be a prominent member of the community. After marrying Rosanna, he built their family home in Clondalkin village over the course of two years.

In the 1940s he founded the Clondalkin Scouts, and was later a founding of the History Society. Ed said: “He took a loan out to fund the Scouts, using our family home as collateral.”

Con was known for his Wheel-of-Fortune hosting skills as he regularly fundraised for Moyle Park College.

He said: “My mother got a shock when one of the speakers at his funeral revealed he had a taken a loan out against the house for the school as well!”

Ed remembers his mother as an ‘elegant, well-dressed woman that always looked her best’.

He said: “She wasn’t as involved in the community as my father but that’s because she had five kids to raise and worked hard for us. She was a wonderful baker and cook.”

Ed says that even before the age of Instagram, he remembers friends and relatives would take photographs of the kitchen table when they visited, in awe of his mother’s food.

He credits his father for ‘instilling civic-mindedness’ and a love of the community from an early age. He reckons that over 1,200 people attended his funeral in 1998.

Ed said: “He was a character alright. He worked hard all his life and was a real gentleman.”

Ed is proud of his Clondalkin roots. He only discovered the photos a few days ago, as well as a family tree dating back to 1796.

He believes that because his family lived in the area for so long, their records were spared from the Dublin north bank fire of 1922 that destroyed several genealogical records.

He said: “Because my family lived in the area so long, their records were able to be found in the local parish and my father drew the tree himself.”