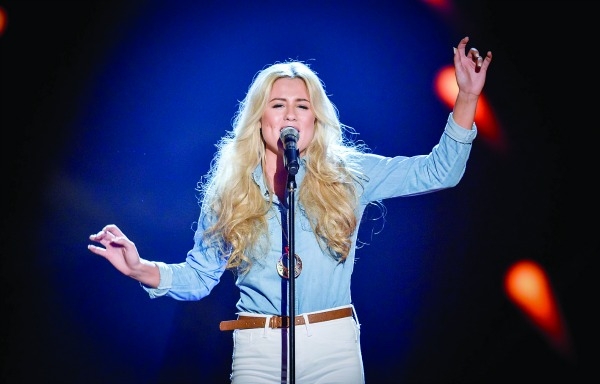 Clondalkin singer has got The Voice

CLONDALKIN native Lauren Lapsley - Browne (18) is hoping for success on the Voice UK, after impressing the judges on the BBC singing competition. writes Courtney Fitzmaurice.

Lauren wowed the judges with a rendition of Rufus and Chaka Khan's Ain't Nobody during the blind auditions of the competition.

Originally from St John’s, but living in Bawnogue, Lauren works part time at a bagel bar in Dublin. Judge Will.i.am turned around almost immediately and singer Paloma Faith followed soon after, with both judges praising the singer following her audition.

They were very impressed by her performance, with will.i.am saying: “I think you are a great vocal assassin and I want to send you out on missions to slice and dice the competitions, know what I’m saying?”.

Both judges made their case for Lauren to join their teams, but she chose to go with former Black Eyed Peas member Will.i.am.

Lauren told The Echo that she is inspired by her father Callum Lapsley, a member of 90s boyband Envy, who she said helped to expose her to different genres of music.

She cites Mariah Carey, Whitney Houston and Beyonce as her inspirations. When Lauren was younger, she was an avid Westlife fan and their album was the first one she bought.

She said: “I think that was everyone’s first album!”

Lauren has no qualms about performing in front of large crowds, due to her previous experience. She was a finalist in the Irish Daily Star’s Teenstars competition in 2013. Lauren often performed in her secondary school Colaiste Bride in Clondalkin, much to the delight of both staff and students.

She was a member of the school’s choir and Glee Club and she enjoyed them both immensely. Lauren said: “Singing in the choir really boosted my confidence.”

The modest songstress is confident that she will do well on the show and hopes that her previous experience will stand to her, saying: “I’ve as good a chance as anyone.”

Bookies have tipped Lauren to do well on the show, with early predictions that she could make her way to the finals of the competition.