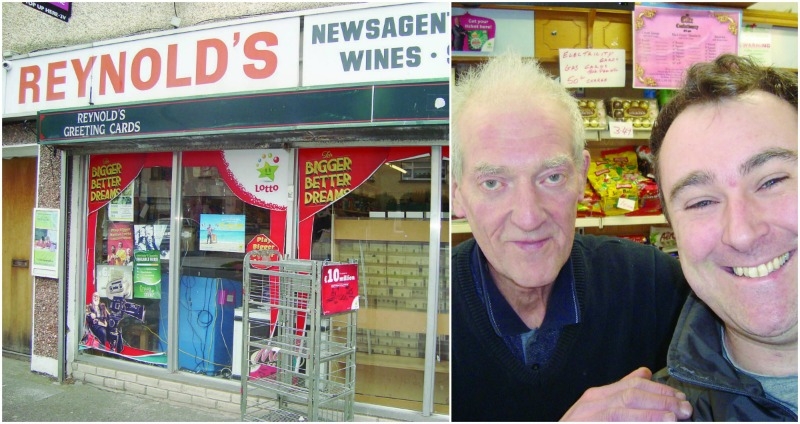 Clondalkin traditional shop gets the nod for Best of Dublin nomination

NESTLED in a quiet Clondalkin estate, lies a local newsagent which harks back to a more traditional time – when the shopkeeper didn’t bother too much with a cash register, knew everyone’s name, and accepted money for goods by casually totting up a number on the back of a piece of carboard.

Reynolds Newsagent on St Brigids Road is one such place. Located close to the hustle and bustle of Newlands Cross, but off the beaten track, the store is run by Harry Reynolds and has been serving a dose of home comforts to customers for over 50 years.

Traditional shops like Reynolds are sadly in decline, but Clondalkin Councillor Trevor Gilligan hopes the premises will get recognition he feels it deserves, after nominating Reynolds in the 98FM Best of Dublin Awards for the best shop category.

Whilst the shop has a cash register, they don’t use it. When I buy my items, Harry adds them up on the back of a box of Corn Flakes.”

“They have been serving customers for 55 years. The shop was around since the houses in St Brigid’s were built.

Unfortunately, we lost Chapmans recently – one of the oldest local newsagents in Clondalkin.

Reynolds takes you back to the traditional local shop experience you won’t find anywhere in the Dublin of today. Harry works long hours but enjoys what he does.”

Cllr Gilligan believes Reynolds’ rolls would win a category of their own.

“The same can be said for their jam doughnuts,” said Cllr Gilligan.

“I defy anyone to pass by the shop without buying a roll and a doughnut!”

Shortlists were announced this week and public votes close on May 12.

“You can vote for the Clondalkin finalists via http://www.98fm.com/bestofdublin,” said Cllr Gilligan.

The final awards ceremony takes place on May 23 in the RDS.