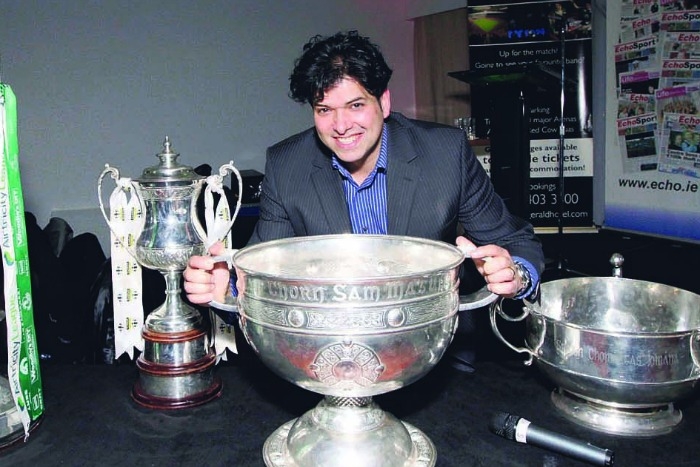 COMEDIAN, actor, writer and all-round nice guy Paul Tylak has been revealed as the special guest at the upcoming Tallaght Person of the Year awards – with nominations now open for the November 11 ceremony.

Living in Tallaght since 2002, first in Glenview and now in Firhouse, Paul is a familiar face and voiceover artist on TV – with the father-of-two also working behind the scenes scripting sketches and comedy shows.

Paul, who is currently writing a pilot episode for a sitcom on a family running a pub, told The Echo how he always wanted to act or sing and started doing stand-up between bands in pubs – as there was no comedy scene in Dublin in the late eighties.

However, once The International Bar opened on Wicklow Street it provided him, and a number of other well-known comedians such as Ardal O’Hanlon, Dylan Moran and Jason Byrne, with a springboard.

“The International changed everything,” Paul told The Echo.

“From doing stand-up in the International, I started to get little TV spots here and there, and that grew into me writing my own shows.”

Speaking with The Echo this week, Paul said he was honoured to be chosen as the special guest for this year’s Tallaght Person of the year – which is now in its 33rd year and will be staged in the Ballroom of the Reds Cow Moran’s Hotel on November 11.

“Yeah, I’m pretty honoured to have been asked,” Paul said. “Tallaght’s a great place and there is such a great sense of volunteerism across all of its communities.

“It’s brilliant and I think you find this sense of volunteerism more in bigger areas like Tallaght that have a more varied community.

“I love living here, there’s a great sense of community and everybody is really friendly – even the pubs have a great atmosphere, I’d go to the Speaker [Conolly] with the family for some food or the football and Morton’s for a game of darts or pool.”

He added: “I’m really looking forward to the night [of Tallaght Person of the Year] and meeting with everyone.”

Organised by Tallaght Community Council (TCC), this year’s Tallaght Person of the Year awards are being staged on Friday, November 11, in the Ballroom of the Red Cow Moran’s Hotel.

The awards, which are apolitical, contain seven categories – Arts and Culture, Business, Community, Environment, Special Needs and Carers, Heart of Gold and Sports and Youth.

To nominate for the awards online, visit www.tallaghtpersonawards.ie – where an online nomination form is now available.