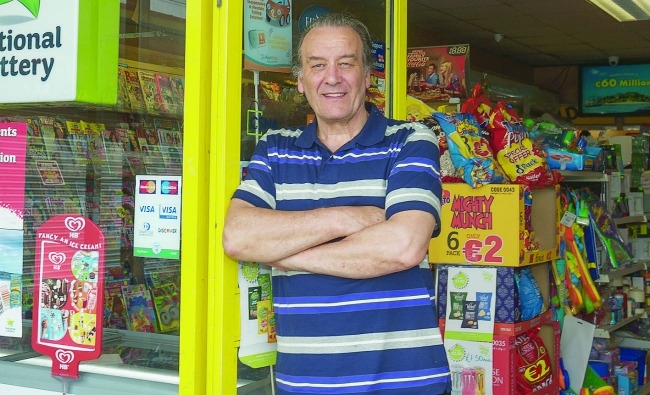 Commercial Rates: “All we are looking for is fairness and transparency”

COMMERCIAL rates have long been a bug bear for businesses. The statutory charge previously covered waste, water and cleaning, before those services were subsequently privatised.

Whilst rates contribute over 50 per cent of the annual budget for South Dublin County Council – many local businesses fear the recently revised valuations will have disastrous consequences for their own budgets.

The family owned Newspark shop in Clondalkin received notification of a rates increase from €4k to €5k.

“We will fall into arrears,” fears Catherine Byrne, co-owner of the Greenpark shop with her husband George.

Catherine said: “We should be looking for a reduction rather than an increase. An extra €1k is terrible. They say our shop is worth so much but they don’t take into account other factors.”

She continued: “It’s just the pair of us and two part-time staff. The only time I could make a representation with the valuations office was on the last day of appeals. I had to park the car at the Luas and get a bus over to the council at a cost of €9. All we are looking for is fairness and transparency. I won’t lie down and let them walk over me.”

Kiltipper Woods Nursing Home in Tallaght was hit with an eye watering 100 per cent increase – from 91k to 180k.

“We have only just managed to get it back down which took seven years to resolve,” said Dermot McDermott.

“It is my view that all valuations in the country are wrong. There should be no ambiguity. How can you have such a difference in valuations this year compared to ten years ago. Property value is down.”

He continued: “This will have an impact on our turnover. We just gave our staff a three per cent pay increase, which amounts to €156k. Talk about an anti-climax. The reason we couldn’t give staff an increase before that was due to rates. Ordinary insurance doubled in the last three to four years. It’s a constant drain.”

McDermott managed to get his previous rate down, after discovering a receiver handed his own accounts to another nursing home in Dublin.

“You are jumping through hoops and they hold all the aces. Creches have also been badly hit with the revaluation. It’s a real killer for SME’s.”

Another disparity is felt by business located in business parks throughout the county, who pay service charges on top of their rates, but don’t enjoy the perks of being located on a high street.

Con McCarthy, MD Greenogue and Aerodrome Business Park said: “We pay rates as everybody else, but this is a privately managed estate, we pay a service charge for grass cutting, bin collection. We should be getting a discount.”

Years ago, George Byrne tried to unite the Greenpark shops together to oppose the charges, but failed.

“In the end, I was the only one who went to court, but if we had stuck together it might have been different – I learned the hard way,” said George.

Proposed new valuations will be effective from January 1, 2018.

Businesses can appeal to the Valuation Tribunal, but only in relation to a matter raised during the representation period that took place in April and May.