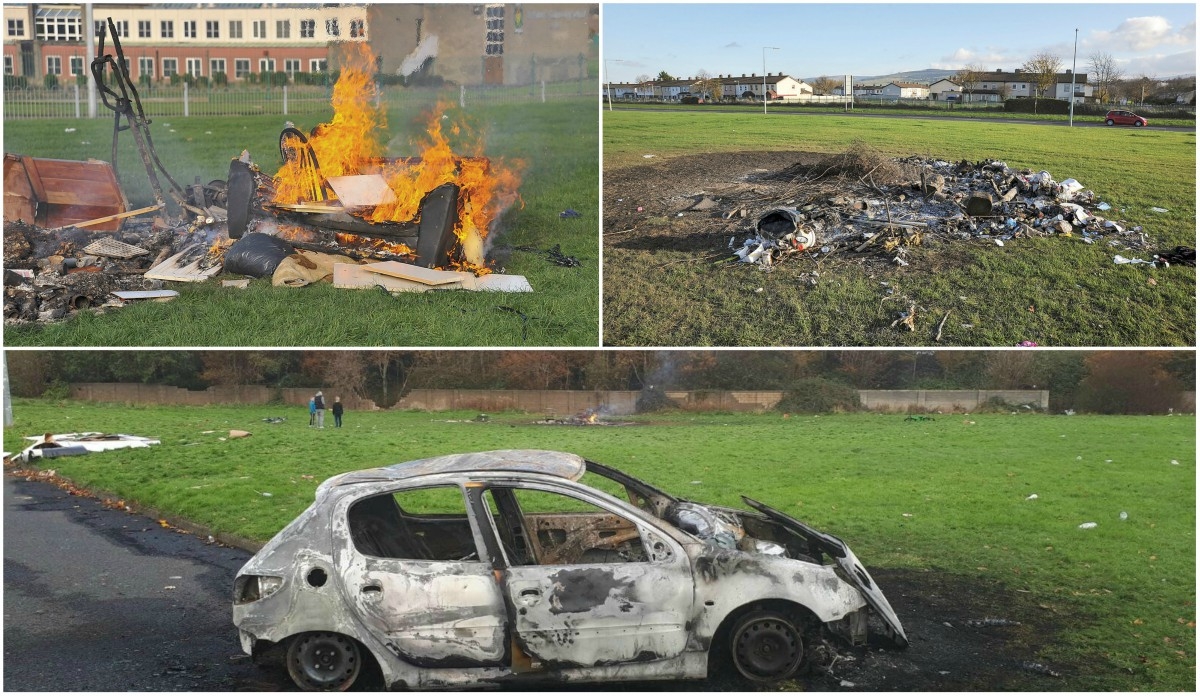 THE community has been left with a frightening reminder of Halloween, with greenspaces and playing fields left scorched and littered with charred debris, bags of illegally dumped household waste and burnt-out cars.

On Wednesday morning, communities woke up to the remnants of Halloween, with South Dublin County Council starting a four-week cleaning programme to remove debris and reinstate green spaces.

Locally, many have been taking to social media to voice their concerns over the number of people using Halloween as an excuse to clear out their unwanted household waste – a lot of which is now littering green spaces and sports pitches across the county.

Tallaght Fire Station also had to put out a number of bonfires due to dangerous fumes coming off the items being burned – which included fridges, cookers, kitchen units, garden furniture and tyres.

Kilnamanagh is one community that has felt the impact of Halloween, after the Kilnamanagh AFC training pitches were destroyed by fire – and a burnt-out car.

The training pitches are also littered with rubbish, and the ground ripped up by rallying cars.

According to Johnny Mackin from Kilnamanagh AFC, hundreds of hours of hard work by the club were destroyed in one evening.

He said: “We work hard all year round with no help from the council, so that the kids can have a safe place to train.”

Mr Mackin told The Echo that the club has asked the council to install fencing around the pitches, but that their request has been denied.