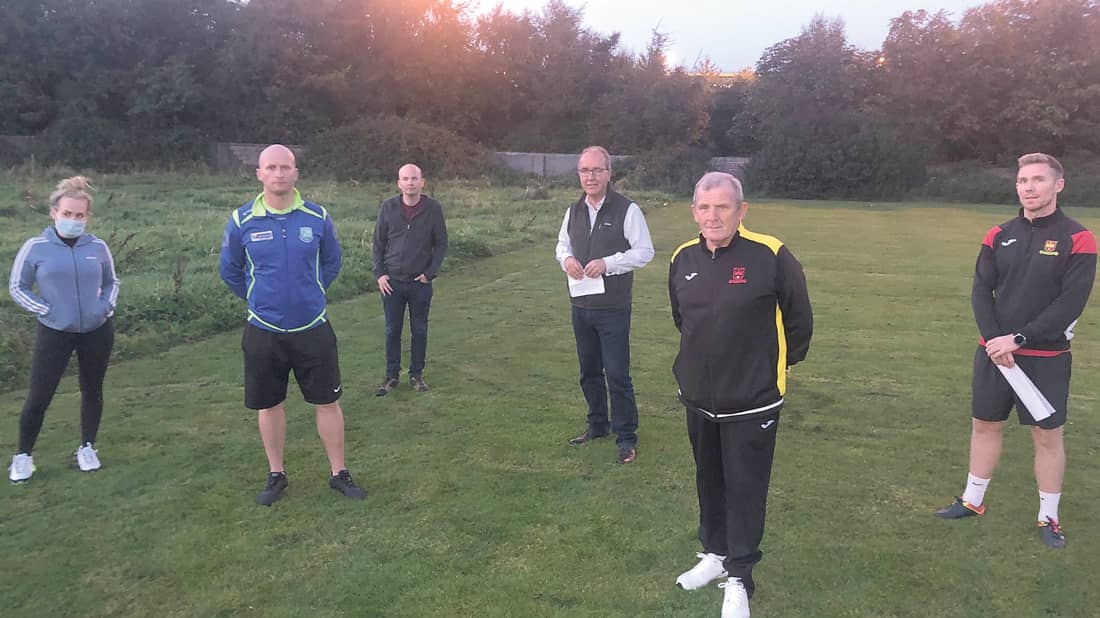 Community groups are anxious to sort out controversial green space

COMMUNITY groups anxious to come to some sort of resolution, over a controversial greenspace in Kilnamanagh, met again this week to discuss the implications of turning the site into a wetlands and upcoming issues surrounding Halloween.

The location which is known locally as the ‘bonfire site’ has been somewhat of a contentious issue with residents in recent years, with them fearing the possibility of gangs congregating there.

Located next to Kilnamanagh AFC and the M50, the bonfire site was identified as a possible location for an integrated constructed wetlands by South Dublin County Council last year.

Those present at the meeting were presented with a document that included a map, outlining the proposed location of a wetland.

Kilnamanagh AFC use the greenspace across the road for their juvenile teams, as well as the adjacent Ned Kelly Park.

Also included in the plan was the possibility of turning the greenspace that is used for juvenile teams into a GAA/Rugby pitch.

“The main thing for us is that we want to keep what we have, what we’ve maintained for the last 40-odd years,” Kilnamanagh AFC Vice Chairman, Paddy Ennis, told The Echo.

“We have absolutely no problems with them putting in a wetland, it’s a good idea.

“But where they’re putting it could be a bit stupid, there is two pylons over the location they’ve marked on the map.

“Originally, they were going to put the wetlands down at the bonfire site – which makes sense.

“But they’ve switched it down to the far end and I’m not too sure why.

“But look that is just waste land there that nobody uses.

“I’d be more concerned about what they’d be doing on the far side of the road, they’re looking to put in a GAA and a rugby pitch and that simply just wouldn’t work size-wise.”

With Halloween rapidly approaching, residents are also concerned about what impact pubs, nightclubs and other entertainment venues being closed as a result of Covid-19 will have on their area – in particular the bonfire site.

There has been issues of anti-social behaviour at the bonfire each Halloween, with the Garda Public Order unit dispersing the crowd in years previous.

Gardai along with council officials removed wood from the site to prevent a bonfire before, and residents are hoping to have similar bonfire-prevention measures in place this year.