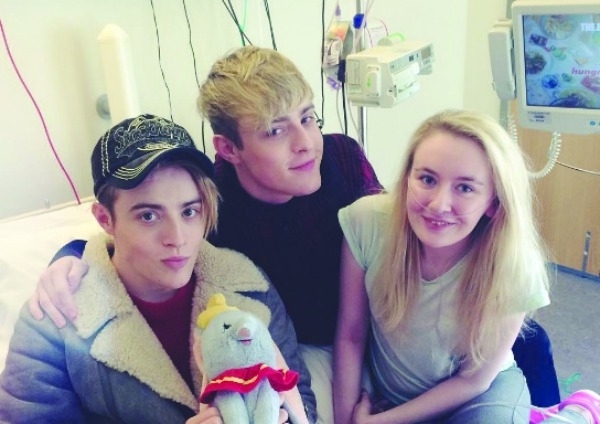 THE community is invited to support a campaign to raise awareness of and fundraising for Cystic Fibrosis Ireland, which has been organised in memory of a 22-year-old Knocklyon resident who passed away from the disease last month.

After spending eight months in hospital, Aislinn Dunne sadly passed away from cystic fibrosis on April 25 – a loss which encouraged her friends to set-up a fundraising campaign for Cystic Fibrosis Ireland.

Cystic Fibrosis is a genetically inherited disease that primarily affects the lungs and the digestive system, with Ireland having the highest incidence of the condition in the world.

Speaking to The Echo, Aislinn’s friend Shauna Adamson from Fettercairn in Tallaght said: “When I first met Aislinn I didn’t know she had cystic fibrosis, she didn’t look sick, and I was friends with her for about a year before she told me.

“She was always so positive and a great problem-solver if you went to her for advice.

“She really was an inspiration to all of her friends as she never let her illness get in the way of living her life. She was really determined to lead a normal life and, despite the extra stresses on her because of her illness, she was always so friendly, thoughtful and caring.”

The impact the young Knocklyon resident made on those she met was evident when her idols Jedward tweeted their sympathies after she passed away, describing Aislinn as “loving, caring and super kind”.

Aislinn, who was visited in hospital by the Lucan twins, was a great supporter of Cystic Fibrosis Ireland and, in her memory, her friends have united to raise awareness and funds for the charity.

She added: “If Aislinn was able to get a lung transplant sooner she could still be here today, and we want to try and raise awareness of cystic fibrosis and encourage people to support those with the illness and support research into treatment.

“Because of everything Aislinn thought us and the support she got from and gave to Cystic Fibrosis Ireland, we decided to run a fundraising campaign for the charity.

“Everybody has heard of cystic fibrosis but unless people have a family member or friend with the illness it is hard for them to understand the effects of this serious illness.”

Aislinn’s friends will be taking on a number of fundraising initiatives including the Mini-Marathon.

To support their cause donate at www.gofundme.com (Cystic Fibrosis Ireland – For Aish).

For more on Cystic Fibrosis Ireland and its work visit www.cfireland.ie