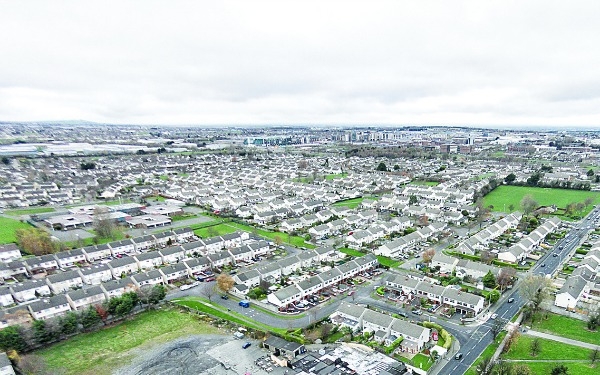 Over 5,000 vacant houses in South Dublin County, including 38 council units

MORE than 5,000 homes are vacant across South Dublin County Council (SDCC), according to new figures released by the Housing Agency.

Here in South Dublin County, more than 200 families are on the local authority’s homeless register while 9,000 families wait on the council housing list.

This week figures published by the Housing Agency in a report submitted to the Dáil’s ongoing Housing and Homelessness Committee revealed that there are almost 250,000 empty houses across the country – with 5,225 of these properties lying vacant in the region of South Dublin County Council.

While the rate of vacancy in South Dublin is one of the lowest in the state, the number of empty homes has still been described as “shocking”.

Dublin Mid-West TD and Sinn Féin Housing spokesperson Eoin Ó Broin said: “There are more than 200 homeless families in the county. There are 9,000 families on the council waiting list. Rents in the private sector remain unacceptably high and the cost of purchasing a home remains beyond the reach of many.

“Returning as many of these vacant properties as possible back into use would be of enormous benefit to all sectors of our housing system.

“They could be used to get families out of emergency accommodation and off the housing list . . . [while] at the same time bringing them back into use would help reduce the costs of renting and purchasing homes in the private sector.”

He added: “The Housing Agency recommends a range of measures to incentivise and force owners to bring these units back into use. These include refurbishment grants, compulsory purchase orders and a vacant property tax. All of these options must be explored.

“South Dublin County Council is already using compulsory acquisition powers to bring some vacant sites back into use. However the Minister for Housing must make more funding available to the council to allow them to acquire a greater number of these units.

“At a time when over 2,000 children across the state are homeless, allowing such a high rate of vacant dwellings in not only unacceptable, it is a scandal.”

Separate to the Housing Agency report, The Echo asked South Dublin County Council how many units in its housing stock of 9,033 properties are currently lying vacant.

In response, the council said: “Currently we have 38 vacant [council] units and all are at various stages of repair and getting to standards for re-letting.

“The turn-around time for re-letting varies and depends on the scale of works required, but on average it is approximately 10 weeks.”

The council said that vacancy rate at any one time ranges from 30 to 45 units, which is around .04 per cent of the local authority’s entire housing stocks.

In relation to buying empty houses owned privately in communities, the council said: “We have dealt with the major financial institutions in relation to the purchase of their vacant units through the Housing Agency and have bought a number that were deemed suitable.”